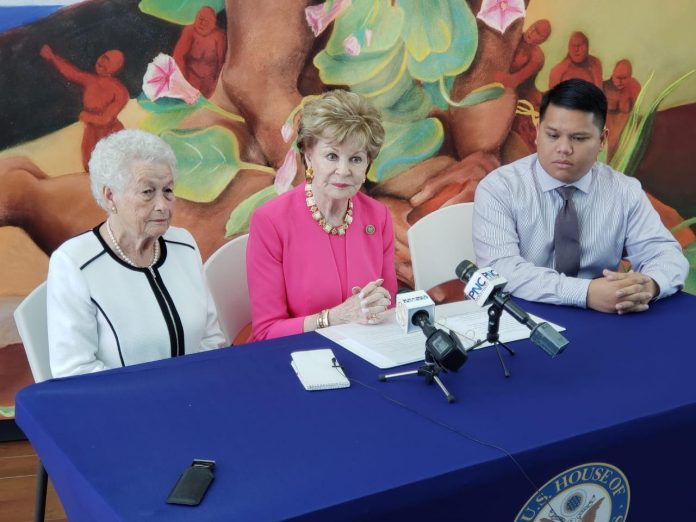 Guam – The laying of a wreath at the Tomb of the Unknown Soldier in remembrance of the Guam Liberation has been a tradition previously given to high ranking military officers. This year’s distinguished guest of honor however, is one our islands manåmko’. Mrs. Irene Perez Ploke was a young girl when Guam was invaded by Japanese soldiers.

“So, on December 8, right after mass and having breakfast, we saw planes flying over the island dropping black objects and we did not know what was going on. And later, my grandfather Atanacio Taitano Perez called us by phone and said, war has been declared,” said Ploke.

The wreath laying ceremony at the Tomb of the Unknown Soldier commemorates the 32 month Imperial Japanese occupation of Guam during World War II, as well as those who fought for the island’s liberation.

The decision by the Congresswoman to select one of our manamko as guest of honor arises from her continued commitment to secure war reparations for over 3,000 people who submitted their names to the Federal Claims Commission.

Bordallo stated at the press conference that she thinks the manamko can expect their checks in August, September or October.

Mrs. Ploke will be accompanied by her son and granddaughter. On the agenda will be tours of the nation’s capital and places of historic interest. The ceremony takes place July 16th.