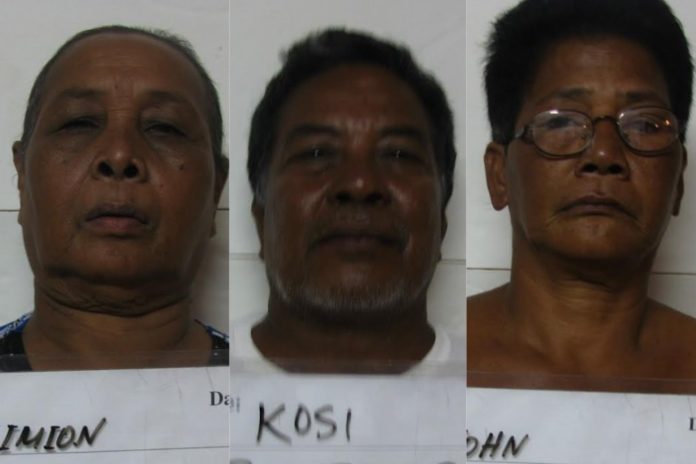 Guam – Acting on a tip from the community, Guam Police have arrested three individuals who were allegedly dealing spice out of their residences.

The first arrest was made in Yigo. According to GPD Spokesman Sgt. Paul Tapao, the Mandana Drug Task Force and SWAT raided a home in Yigo. With a sesarch warrant in hand, officers discovered “several empty bags of spice and zigzag brand cigarette wrapping papers.”

At the Yigo residence, police arrested 52-year-old Dolores Otosi John for illegal possession of a schedule one controlled substance with intent to deliver.

Acting on the same tip, officers then raided a residence at the Hemlani Apartments in Harmon which has been known for a source of spice among drug dealers. While at Hemlani, authorities seized over 450 grams of spice, cash and four handguns.

Spice is a synthetic drug that’s known to mimic the effects of THC, the psychoactive ingredient in marijuana. But because spice can be chemically altered, its effects can be dangerous or even fatal.

Last week a video was circulating on social media showing what appeared to be two female Southern High students apparently high on spice. GDOE said the school’s principal dealt with the matter on a school level.