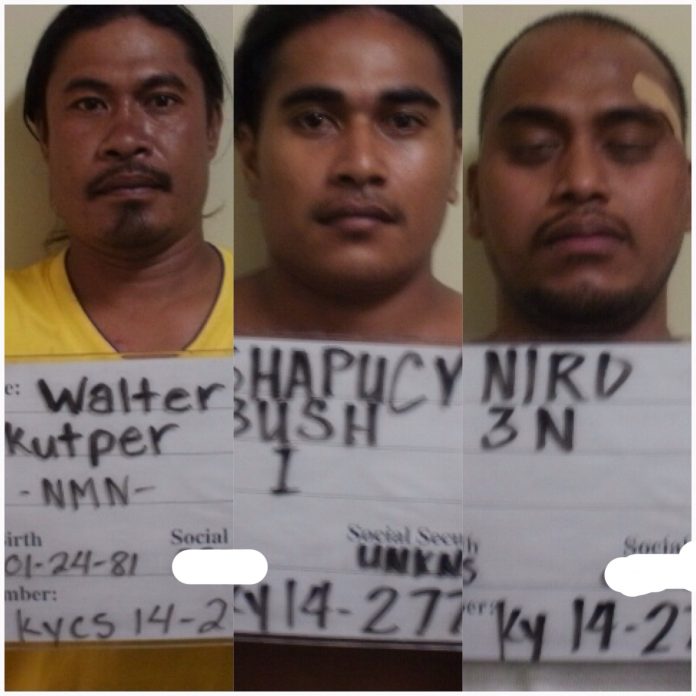 Three men are arrested for rioting with homemade weapons.

Guam – Carefully crafted homemade weapons were recently used in a riot over the weekend in which several men were injured. But Guam Police Spokesman Officer Paul Tapao says finding homemade weapons during a riot is nothing new.

Three men appeared in court yesterday in connection with the Sunday riot at the Hemlani Apartments in Harmon. 33-year-old Kupter Walter and 29 year old 3N Niro were charged with aggravated assault with special weapons allegations, rioting and resisting arrest. 23-year-old Bush Shapucy was charged with rioting.

Police say when they arrived at the scene, they were almost struck by a car that peeled out of the driveway. When the vehicle came to a stop, officers struggled to subdue Niro who had in his pocket rusty metal balls from cut rebar, which is often used as ammunition for slingshots.

Inside the car, officers found a 10-inch and a 3-inch blade. Witnesses later told police that they saw as many as 15-20 men involved in the riot.

As police arrived, they dispersed, witnesses said. Niro, Walter and Shapucy were eventually apprehended. They were booked and confined.