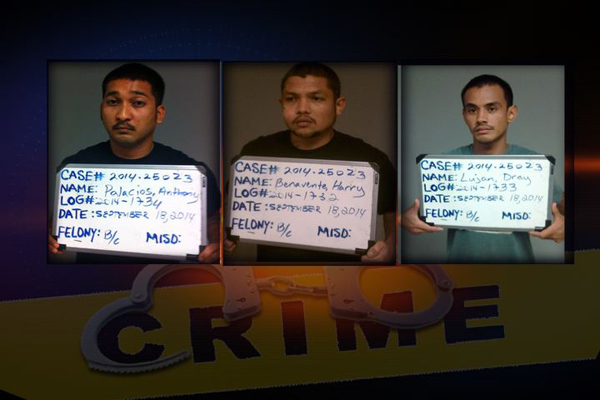 Guam – Three men have been booked and confined on charges relating to the robbery of the Lucky Land Game Room in Harmon on September 7th.

Balajadia said one man had forced the cashier to the ground, pulled her hair and pointed a black hand gun toward her head while another man entered the cash booth and took money from the register. The third man was the getaway driver.

According to the Magistrate’s report, the three were able to get away with about $6-thousand.

Balajadia said they were able to make the arrests from the video obtained from the game room.

He said, “We’re able to identify the individual in the video. We brought Mr. Benavente in which led to Palacios and Kujan. The three men were charged in connection with what took place in the gameroom.”