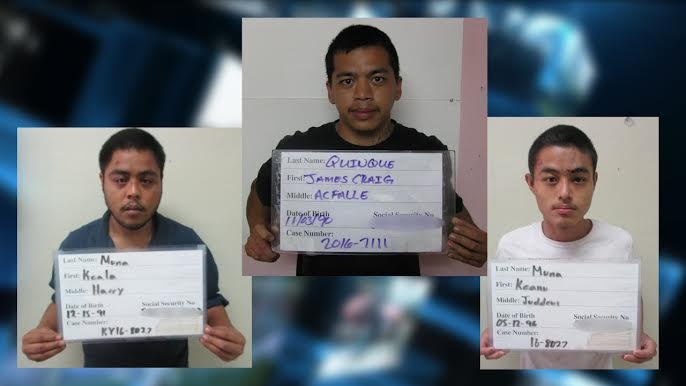 James Acfalle Quinque was arrested for being the driver for Keala Harry Muna and Keanu Juddeus Muna.

Guam – Another arrest has been made in the armed robbery of the Papa Niyok store in Merizo.

According to officer Paul Tapao officers from the Southern precinct command conducted a follow-up investigation and and arrested a man for allegedly being the driver of the car that dropped off two men who attempted to rob the store owner. 25 year old James Acfalle Quinque was arrested for robbery/conspiracy/criminal facilitation and guilt establish by complicity. Quinque was booked and confined. Prior to Quinque being arrested GPD had already arrested Keala Harry Muna and Keanu Juddeus Muna for tyring to rob the store owner with a black baseball bat. The store owner resisted them and was struck twice with the bat before the two men fled. A crowd of witnesses chased down and apprehended the suspects who according to the police report admitted to attempting to rob the store because it was within walking distance from their house.