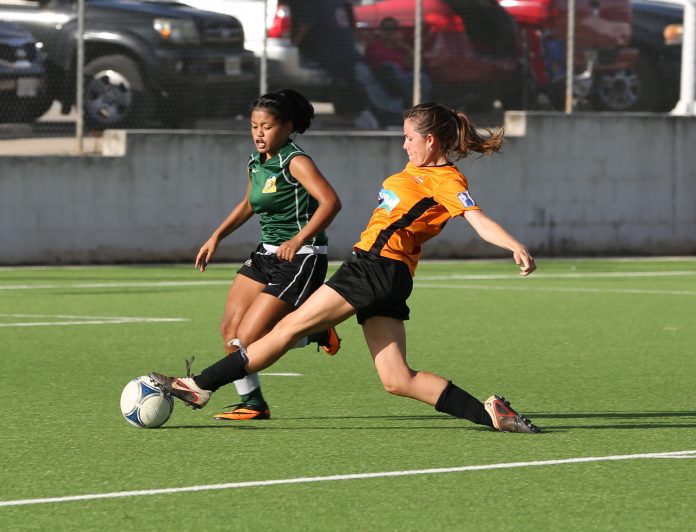 Guam – It’s a wait-and-see game for Quality Distributors in the Bud Light Women’s Soccer League Spring Season after receiving a bye in the final week of the season, scheduled for Apr. 27, at the Guam Football Association National Training Center.

Quality (8-2-2) finished its Spring campaign undefeated in the second half of the season to move into the second place spot ahead of Guam Shipyard, but will need to wait until the conclusion of Apr. 27’s matches for its final placement in the league standings. Quality is guaranteed a top three finish in the league following its six-match win streak.

[The Doosan Lady Crushers’ Katie Mills extends to get the ball past the defense of the Lady Rovers’ Martina Duenas in a Week 13 match of the Bud Light Women’s Soccer League at the Guam Football Association National Training Center. The Lady Crushers blanked the Lady Rovers 3-0.]

Quality’s 3-1 victory over Guam Shipyard (8-3) in Week 13 sent the former league leaders down to the third-place spot entering the final week of the league. Golden Boot race leader Paige Surber led Quality with a pair of goals and teammate April Talledo added to the tally. Erica Quichocho was credited with Shipyard’s lone goal.

The loss was Shipyard’s second consecutive one, first falling to the Lady Crushers 3-0 in Week 12 action to relinquish its seat at the top of the leader board to its opponent. 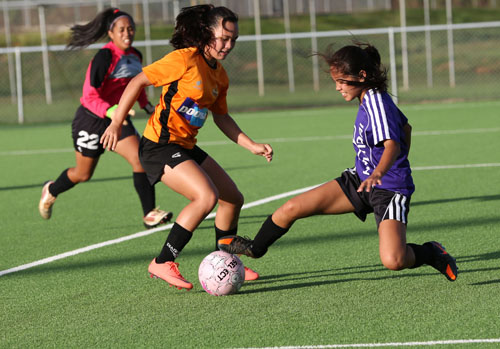 The Lady Crushers need at least a draw with Hyundai in their final match of the season to clinch the championship title. If the Lady Crushers lose their match against Hyundai and Guam Shipyard wins its final week match against the Paintco Lady Strykers, the league’s champion will be determined by goal differential.

Currently, the Lady Crushers have a thirteen-goal advantage over Guam Shipyard in the goal differential category.

If Shipyard drops its final match, the team will finish the season in third place behind Quality Distributors. 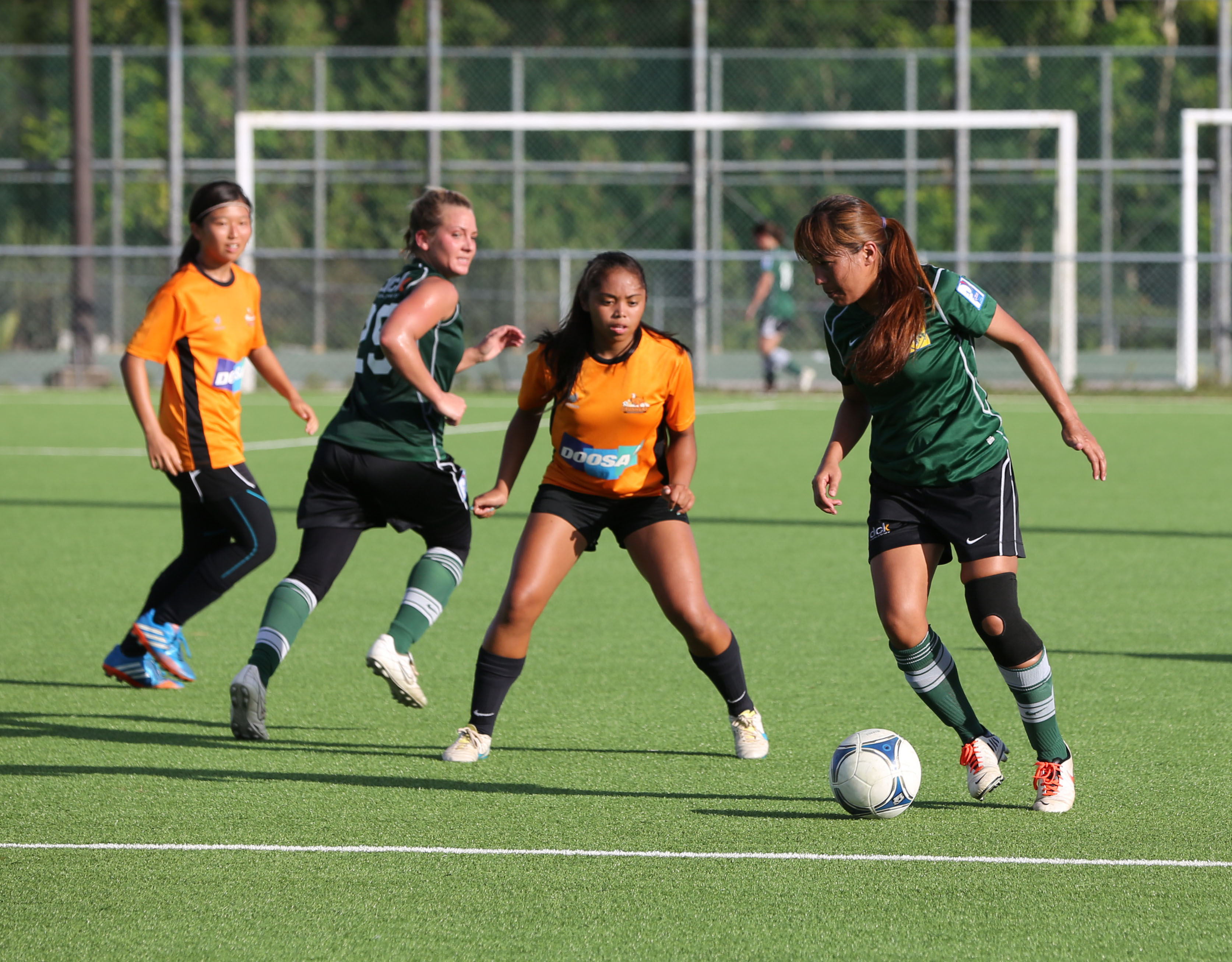 [The Lady Rovers’ Rhoda Bamba looks for an opportunity to turn to the goal as she faces defensive pressure from the Doosan Lady Crushers’ Brittany Meno during a Week 13 match of the Bud Light Women’s Soccer League at the Guam Football Association National Training Center. The Lady Crushers blanked the Lady Rovers 3-0]

The Lady Strykers won its Week 13 match against Hyundai 5-2, led by Alexy Dacanay’s hat trick. Kimberly Sherman scored the Lady Strykers’ other goals. Ashley Besagar scored both goals for Hyundai. The Lady Strykers moved ahead of Hyundai in the league standings following the win.

All matches will be played on the upper turf pitch of the GFA National Training Center. There is no admission fee to watch the matches.