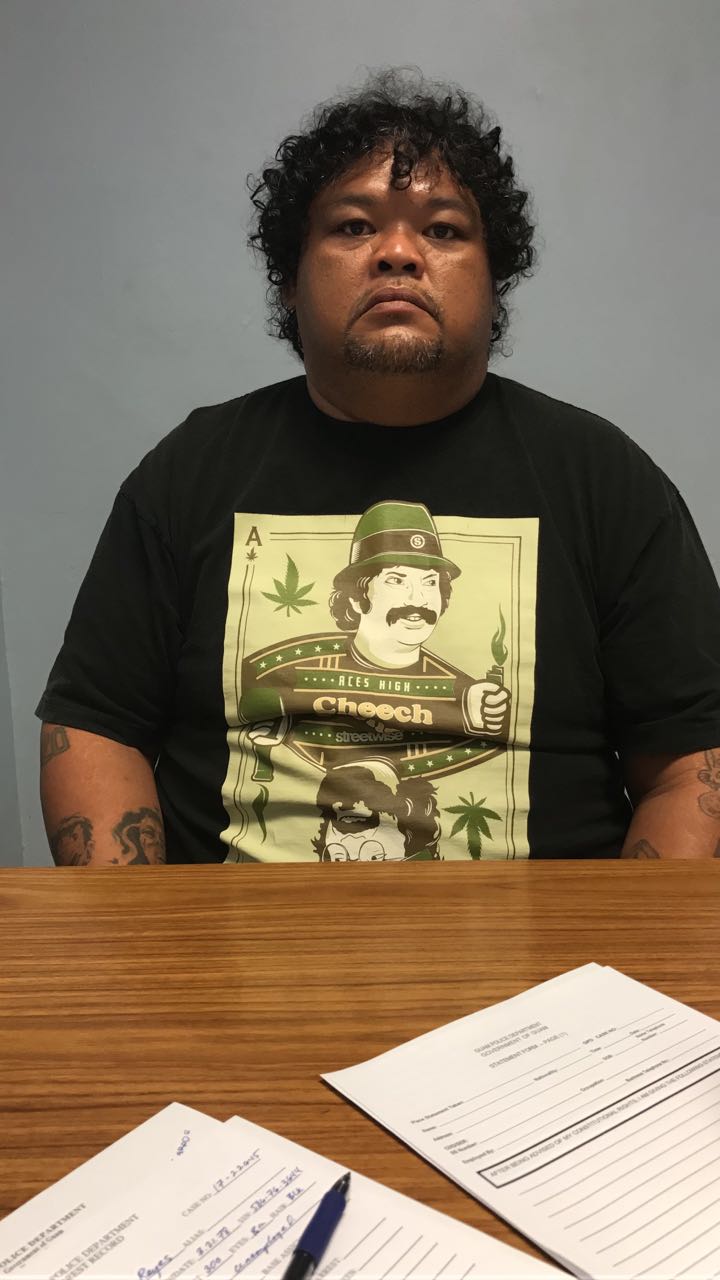 The marijuana plant was in plain view of the residence, according to police.

Guam -A Sinajana man is behind bars after the Mandana Drug Task Force executed a search warrant of his home Monday night where they discovered a marijuana plant in plain view.

Peter Pangelinan Reyes, 39, was arrested after a tip from a concerned citizen alerted the Mandana Drug Task Force to a marijuana plant being grown at his residence on South Gado Lane in Sinajana. The residence is located within a drug free school zone which, by law, prohibits the manufacturing of controlled substances within 1,000 feet of a school.

Guam Police Department Spokesperson Officer AJ Balajadia, in a release, stated that officers noted the marijuana plant was in plain view and police subsequently executed a search warrant of the home.