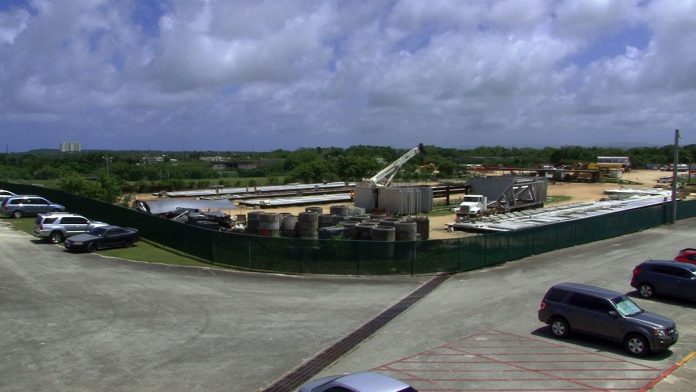 Looks like Santa has an early Christmas gift for Tiyan High School students with the opening of their new gym set for next week.

Guam – In January of this year, GDOE and contractor CoreTech International held a ground breaking ceremony for the $14.4 million dollar gym. Now, almost a year later, Guam Department of Education Superintendent Jon says the gym is very close to completion. Right now, he explains, they’re going to the permitting process with the regulatory agencies. After they receive their occupancy permit, they’ll be holding the ribbon cutting and opening of the Tiyan High School gym, which could happen as early as next week. He says he took a tour of the new 17-thousand sq. ft. gym yesterday, which has wooden flooring with the Titans logo, a full-length basketball court, locker rooms, a built-in stage, scoreboards and a seating capacity of 800.

Fernandez says, “Very excited to see that happening. It’ll be another step forward for Tiyan High School. As you know, we converted the campus into a high school but it lacks the high school sports facilities that were needed so the gym so we’re looking forward to next week for the ceremony to commemorate its opening.”
Fernandez says he’s still working with the Governor’s Office to build a track and field in Tiyan High School to complete the school’s sports facilities.