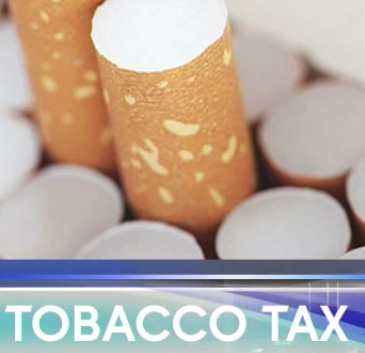 Another bill that passed last night was Bill 368. But the journey to passage has been contentious.

An audit by the Office of Public Accountability estimates Guam loses millions of dollars a year due to uncollected tobacco taxes.

Bill 368 requires the Department of Revenue and Taxation to issue a request for proposals for a company to enforce tobacco tax stamp laws.

During the sessions preceding last night’s vote, questions around whether the bill is Organic, whether it will lead to conflicts of interest, and whether it’s better to simply just fund Rev and Tax led to heated debate.

Speaker Tina Muna Barnes said: “While many have pointed out issues with this proposal, they have also pointed out fundamental problems like…like a broken record. But you know, Mr. Chair, in the interests of trying to move this and make this work, and giving Revenue and Taxation the opportunity that they may adopt additional rules and regs with the Triple A process … I guess to be fair … I’ll support the efforts but I just need to know that I’m trying to find resources for this government.”
OUT: 2:21:59

Sen. Therese Terlaje responded:  “Ugh … finding resources … you know, if you read Revenue and Taxation’s testimony and you read their…even their testimony to use during public hearings … on their budget … on everything … They’ve repeatedly told us that the stamp tax law is an unfunded mandate. If we help them, they will implement it. And the new director is very clear and I have the utmost faith in her. That when she says she’s going to get this done..she’s assigned a deputy … that they would get it done. And they’ve outlined their progress today. We can’t get any better than that.”

The bill ultimately achieved a narrow victory, with a close vote of 8 to 6.