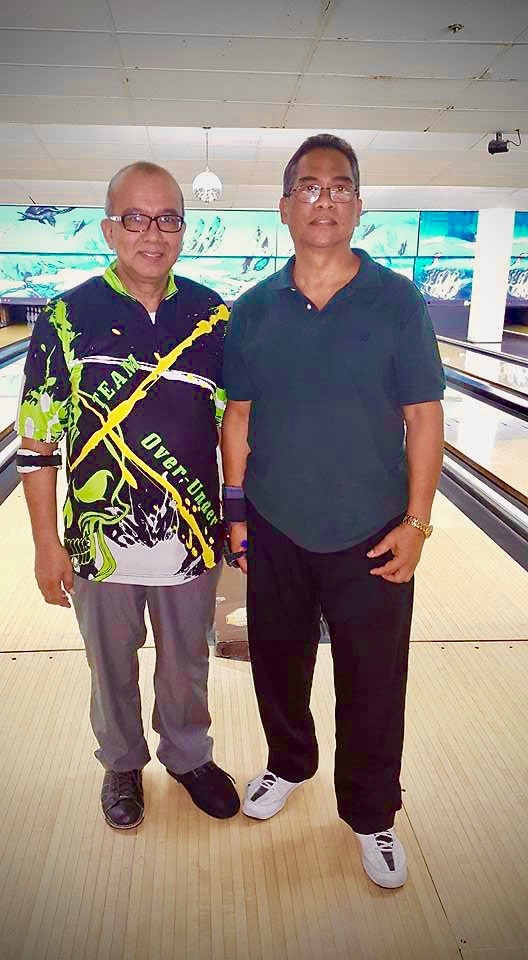 It was a great comeback for Toledo who had limited his bowling to a coupled of leagues a week and the monthly tournaments.

TAMUNING – Virgil Toledo took two straight games (203-180 & 233-192) from 2nd seed Bal Perez to claim the 2016 Guam Senior Bowlers Federation Senior Bowler of the Year Championship at Central Lanes on Sunday afternoon. The challenging tournament format coupled with the 47’ long oil pattern proved to be the downfall for most of the tournament favorites. The 19 person field consisted of defending champion, Ray Manibusan, the monthly champions, and the highest point gatherers based on placement and participation points during the past year.

After the initial five game block, the field was cut to 16 for another 3 game set. The field was further cut to the top eight who played a final 3 games to determine the top four who would play for the championship.

In the semifinal game, top seed Toledo triumphed over 4th seed Pat Roberto 207-175. In the other semi-final, Bal Perez nipped 3rd seed Rudy Palaganas 190-182 to advance to  the finals.

The finals proved to be just as exciting as the format was a “first to 2 wins” in order to be 2016 Senior Bowler of the Year. It was a close game in Game 1 as Toledo stayed ahead all the way to a 203-180 victory to take the first win in the championship round. The second and more important win was more dramatic as it took three strikes in the 10th frame for Toledo to gain his first Senior Bowler of the Year.