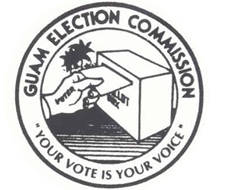 Residents can go to their Village Mayor’s Office or the Guam Election Commission office from 8 a.m. to 8 p.m.

According to GEC Executive Director, Maria Pangelinan, over 51-thousand people registered to vote as of last Friday. Absentee voting applications will be accepted until 3 days before the general election. Pangelinan adds that the 22 polling sites will also have Decolonization Registrars for native inhabitants. Pangelinan explained “those individuals that became U.S. citizens by virtue of the 1950 Organic Act and their descendants can register. The registrars will be there with Decolonization Registry affidavits. You’re there to vote, so you’ll have a photo I.D., you’ll have everything you need. Please stop by and make sure you register if you’re not registered yet.”

More information on voter registration can be found on the Guam Election Commission’s website. You can also view the 2016 General Election polling sites by clicking on the attachment below.