Guam – Guam’s top youth soccer club teams from the U10 and U14 divisions of the Chevrolet Robbie Webber Youth Soccer League will have the chance to test their skills against visiting teams from the Philippines Oct. 27 – 29 at the Guam Football Association National Training Center in Harmon.

The two soccer teams from the Philippines, Claret School of Quezon City and De La Salle Santiago Zobel, will be playing against local teams from the Wings FC, Community First Dededo Soccer Club, the Wolverines, the ASC Islanders and Quality Distributors in the 2012 Governor’s Youth Athletics Invitational Tournament.

[The ASC Islanders played against the Wings FC in the U14 division of the Chevrolet Robbie Webber Youth Soccer League Oct. 13. In the photo are Xavier Kirksey (in red) battling for the ball against Cameron Miles (partially hidden). Miles’ teammate, Tevin Pangelinan, runs towards him to provide support. The teams will play in the 2012 Governor’s Youth Athletics Invitational Tournament Oct. 27-29 against visiting teams from the Philippines.]

“The team looks forward to playing against the visiting team from the Philippines,” said Tevin Pangelinan from the ASC Islanders U14 team invited to play in the tournament. “For the past months, we’ve been working on tactics on the field, and this weekend tournament will be a good opportunity to see where we’re at. 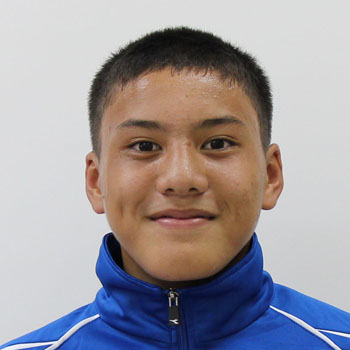 “This will help our club a lot – I’m sure it’ll be a good challenge and highly competitive,” added the 13-year-old student at San Vicente School, who also is part of GFA’s National Academy.

The U14 tournament starts Saturday at 3 p.m. The ASC Islanders will play Quality Distributors on the lower field in the tournament opener. The Wings FC will play La Salle immediately after in an 11-A-Side format. Games continue Sunday at 9 a.m., 10:30 a.m., 12:30 p.m. and 2 p.m.

The U10 tournament also starts Saturday at 3 p.m. The Wings FC Black will take on the Wolverines at the GFA mini turf pitch. Immediately after, Community First Dededo Soccer Club will play Claret. The U10 division will be played in a 25-minute half, 9-A-Side format. The games continue Sunday, with games at 9 a.m., 10 a.m., 1 p.m. and 2 p.m.

The community is invited to watch the matches and admission is free.