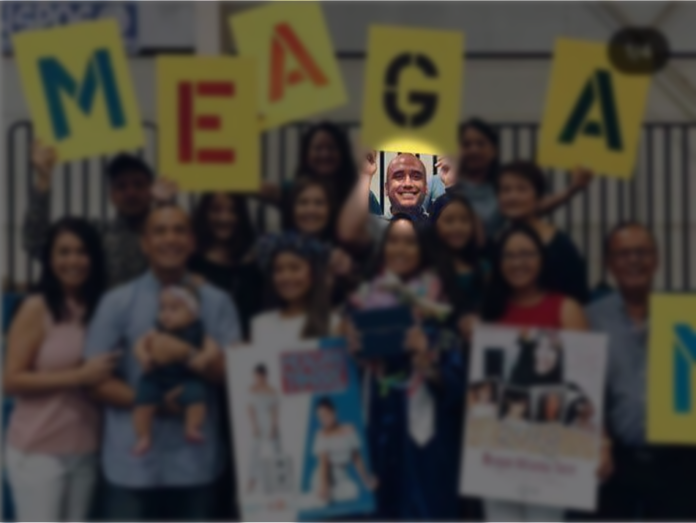 Guam – Even while on house arrest, Mark Torre Jr. is still able to attend celebrations–so long as he goes to church first. That seemed to be the case recently when Torre was seen attending a relative’s graduation ceremony earlier this month.

A photo appeared on an Instagram page showing Torre with his family at a graduation ceremony that was held at Bishop Baumgartner Memorial Catholic School on May 13.

Under Torre’s house arrest conditions, he’s only allowed to leave his residence to meet with his attorney, for court-related purposes, for medical services or for church services.

However, according to Judiciary Spokesman Shawn Gumataotao, Torre was able to get permission from probation officers to attend his relative’s graduation ceremony since it immediately followed a baccalaureate mass, which apparently qualifies as a church service under Torre’s house arrest conditions. Both the baccalaureate mass and graduation ceremony were held at the school’s gymnasium.

A former police officer, last year Torre was found guilty of negligent homicide and aggravated assault but acquitted of murder in the shooting death of fellow officer Sgt. Elbert Piolo. He was sentenced to eight years in prison but does not have to surrender pending his appeal.

Torre has been under house arrest since he was charged with Piolo’s death in 2015.

On May 18, his legal counsel, Atty. Jay Arriola, filed his opening brief in the Supreme Court of Guam.

In a statement to PNC, Piolo’s family said they were not aware that Torre was allowed to attend a graduation ceremony, adding “What kind of message and precedence does this send to our community? Others on house arrest for lesser crimes have not been given the same ‘special privilege.'”

You can read the full statement below:

Every criminal defendant, who is on house arrest, should be treated equally. As surviving family of Elbert, we are concerned for the safety of our family, especially our children. The public should be informed of circumstances where a criminal, who is on house arrest, conditions are modified. Yes, church services are permitted, but this event was not a bonafide church service… it was a graduation celebration. What kind of message and precedence does this send to our community? Others on house arrest for lesser crimes have not been given the same “special privilege.” Who gives permission to allow “modifications?” As a family and law abiding citizens, we feel that this is an injustice to allow this to be permitted. We ask that the authorities place clear restrictions on his house arrest conditions, so that he does not abuse the conditions imposed.