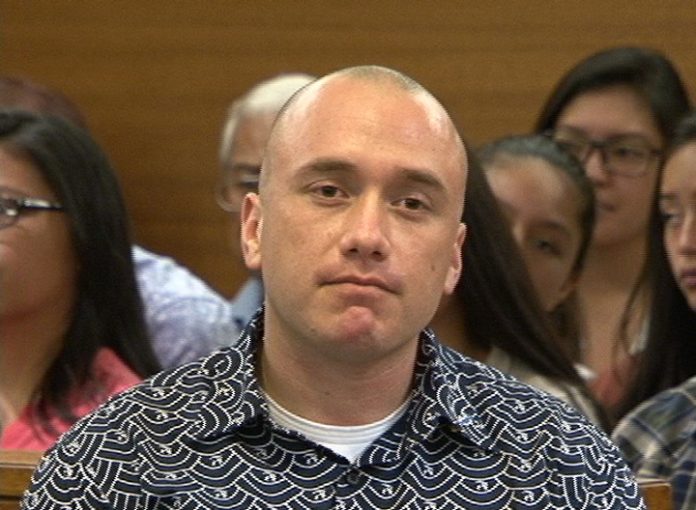 Guam – Former police officer Mark Torre Jr was back in court today where it was revealed that he could be using self defense as a defense strategy for his upcoming trial.

The parties were in court today to discuss possible situations that could further delay the trial, such as processing of DNA evidence and collecting DNA samples from Mark Torre Jr, who’s facing charges of murder and aggravated assault in the fatal shooting of fellow police officer Sgt. Elbert Piolo. Judge Michael Bordallo says he wants the testing done as soon as possible.

“I’m gonna order that the swabbing be done in the next two weeks and those will be sent out so we can get that to the FBI,” said Judge Bordallo.

On top of DNA samples and review of psychiatric testing, lead prosecutor Phil Tydingco also revealed what kind of defenses Torre could be using for his trial. After the hearing, we asked Tydingco to elaborate on the possible defense strategies Torre could use.

“In addition to reasonable doubt defense they’ve disclosed that they may use a self-defense defense which is an affirmative defense, meaning they’re gonna have to prove, of course, at the same time I’m gonna be required to disprove it also,” said Tydingco.

Many of the concerns brought up in court will likely delay the start of the trial, such as additional DNA testing. Although Judge Bordallo set a trial date of June 13, he acknowledged that it is tentative and it was only set to give the FBI a time frame as to when the test results would need to be sent back.

Torres next hearing is scheduled for June 3 at 9 am.