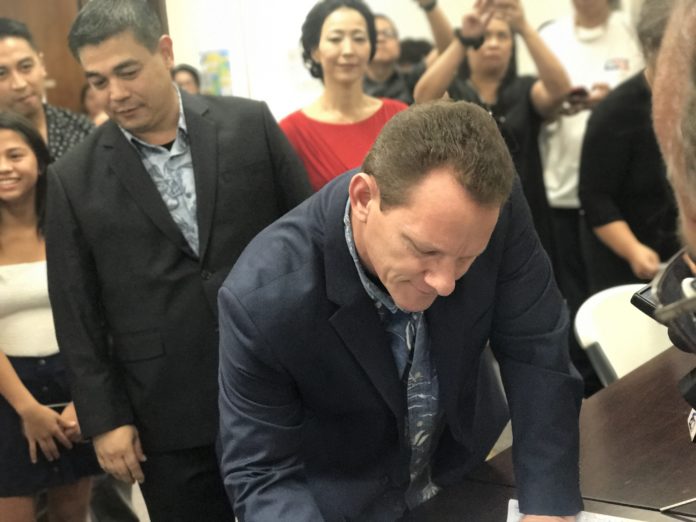 “This is third party information but an informant told me that he was at his dealer’s house and witnessed Ray smoke ice,” revealed Torres.

Torres says he doesn’t have hard evidence but shared the name of the informant whom he says can corroborate the accusation.

“Ask him to submit a hair follicle for testing, its been 3 years so there will still be evidence,” requested Torres.

While Torres is unsure if the Lt Governor continues to allegedly use, he points out that Tenorio was absent from the office frequently and lost a lot of weight.

With all the allegations made against public figures, he shares he feels as though a weight has been lifted off his shoulders and welcomes any litigation that may arise.

Torres has also alleged that Lieutenant Gubernatorial candidate Josh Tenorio bought ecstacy from a former newspaper editor so that the two could “party” together. This took place in 2005 at Speaker BJ Cruz’s home while Cruz was off island.

“I welcome a lawsuit of defamation of character, that means they have to prove it,” stated Torres.

According to Torres, the Calvo-Tenorio administration was aware of his “on again off again” drug use which involved ice. He claims that they didn’t care adding that other staff members were also doing drugs.