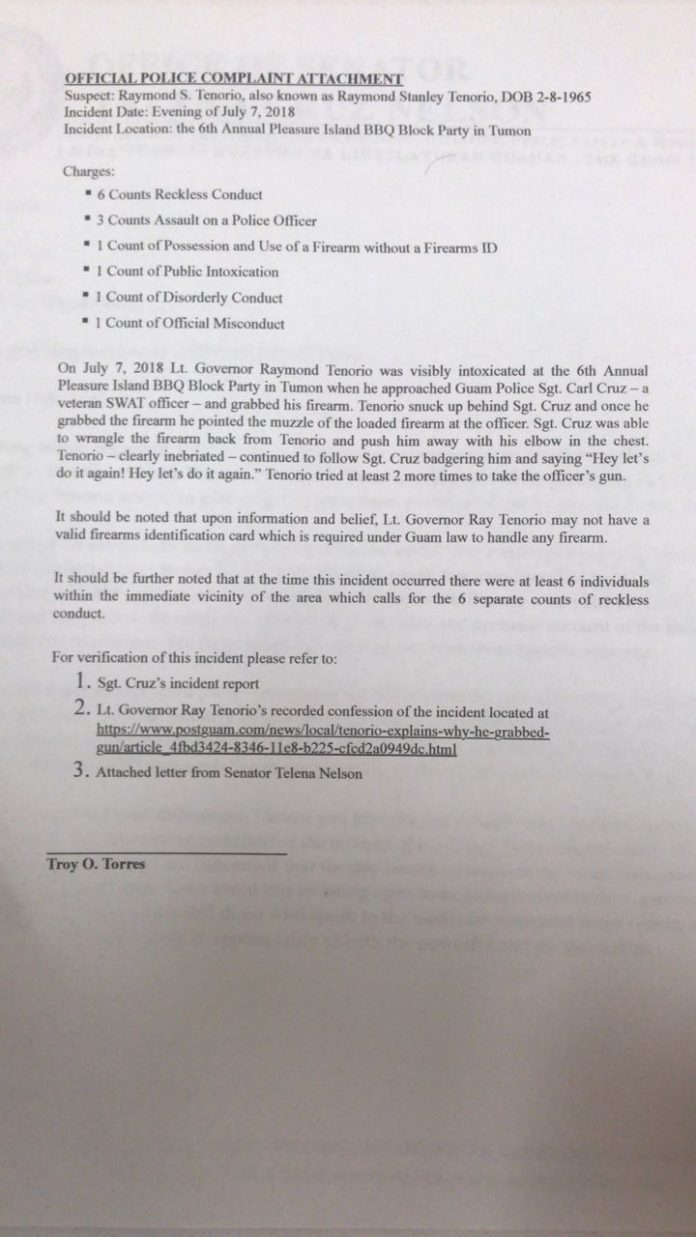 Yesterday, Torres posted a video on social media of him walking into the Dededo police precinct. Apparently, the former Adelup staffer was on his way to file a criminal complaint against Tenorio for his actions over the weekend. Torres told Patti that a statement from the governor is what prompted him to act:

The former senior policy advisor to the Calvo administration told Newstalk listeners what charges were filed in his complaint. They include the following:

The scene under discussion took place during Saturday’s Barbecue Block Party, where witnesses say Tenorio took a police officer’s gun from its holster. Tenorio was allegedly intoxicated. Footage of the incident remains at the fore of today’s talks as the influence of alcohol does appear to play a role.

The former spokesman hopes the Attorney General’s Office will issue a warrant of arrest for Tenorio. To that end, Torres says:

“What he told the Post in that interview was a complete lie, except that he did take the sidearm. And so there’s a confession that he did take the sidearm, and there’s also the incident report filed by Sgt. Kyle Cruz, and I haven’t seen it yet. But I’m sure it would, together with the video, and his confession to the post. Everything he did was criminal.”

The lieutenant governor will be spending much of today talking with press and the local community — both of whom are keeping a close eye on the criminal complaint as it moves from GPD to the AG’s office.