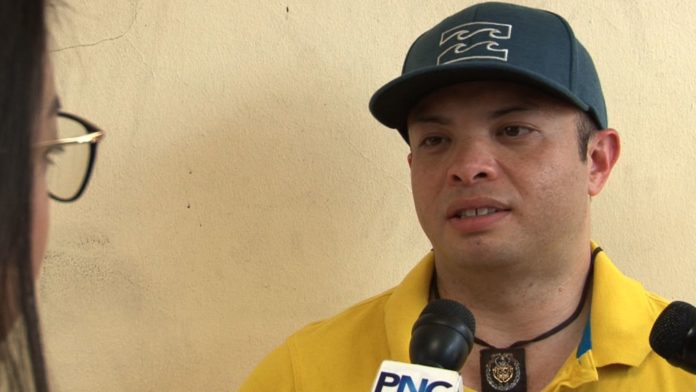 Guam – With the Guam Election Commission’s decision to pass on investigating allegations of corruption from Troy Torres, the latter is now coming out with more while also questioning the commission’s motive behind its decision.

Last night the GEC said it would not investigate allegations made by Troy Torres against one of its own—Vice Chairwoman Jadeen Tuncap who is also the deputy chief-of-staff for Republican Lt. Governor Ray Tenorio.

Torres filed his complaint with the commission but the GEC will not be pursuing the complaint because it lacks jurisdiction.

“I just wanna know who has jurisdiction then?” questioned Torres. “It happened to involve one of the members of the election commission and it also involves the lt. governor, the governor and to an extent, Peter Alecxis Ada. So if the GEC is now saying they don’t have jurisdiction over this, who does? Is it the attorney general? Because they never return phone calls.”

Amid these numerous and some would argue bombshell allegations, many are also wondering why Torres is only coming out now.

To recap the last few months, Torres was picked up last month on drug charges along with two other people during a raid at Torres’ residence. All three spent one night in jail as charges against them were later dropped.

Following Torres’ very public arrest, he went on a tirade, claiming his arrest was part of a conspiracy. He then went on to make public claims of corruption against his former bosses, Governor Eddie Calvo and Lt. Governor Tenorio and even assertions that Tenorio had smoked ice and that he did drugs with Lt. Governor candidate Josh Tenorio, among other allegations.

“When the governor himself, when the entire Calvo family is in charge of this island and reaping the benefits of taxpayer dollar on top of their benefits, you better believe that things are gonna be covered up,” asserted Torres.

PNC: “Why now? Why have you decided to come out now? You were involved in many of these scandals, in fact some people might even say you were complicit. So why are you coming out with all of this now?”

PNC: “All the allegations that you’ve made and being that you were part of the administration when many of these things were happening, if you are involved in any of it, and charged with any kind of crime, are you prepared to face that?”

Torres was most recently serving as the campaign manager for Sen. Dennis Rodriguez’s gubernatorial campaign.

Torres also revealed to PNC that he has retained legal counsel but he refused to disclose his attorney’s name.