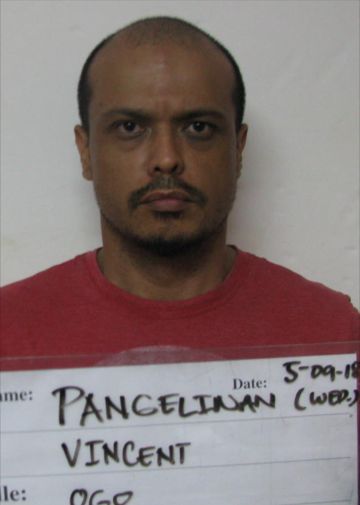 Guam – A man who failed to obey a stop sign is now behind bars for more serious charges as police say they found guns, and drugs in the vehicle.

Another arrest has been made involving cocaine and methamphetamine.

According to a court complaint, Vincent Ogo Pangelinan was arrested following a search of his vehicle.

Police say that a shotgun in plain view of the vehicle’s back seat prompted the search of the car. When officers searched the vehicle they discovered that Pangelinan was carrying a concealed revolver and an undisclosed amount of cocaine and ice.

A further search of the vehicle revealed a black Mossberg 500A 12 gauge shotgun, a silver revolver, and a black Springfield Armory XD-40, all of which were loaded. Police say that none of the firearms were registered and that Pangelinan only has a firearms id for non-concealed purposes.

As for the drugs, according to court document Panglinan stated that he found the drugs while driving along Paradise Estates.

He was arrested for Possession of a concealed firearm without a valid firearms ID, possession of a scheduled two controlled substance and disobeying a stop sign.