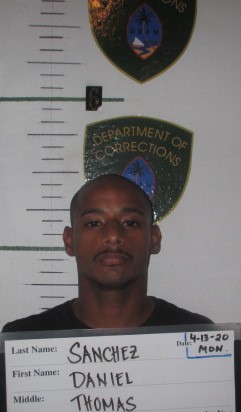 A traffic stop in Dededo has led to over five grams of methamphetamine and a stolen gun to be taken off the streets.

Daniel Thomas Sanchez was pulled over by police for speeding on Monday, but it was quickly discovered that that he had no driver’s license and did not own the vehicle prompting a search.

According to court documents at the time of his arrest, Sanchez was already on probation for another felony case.