Tens of thousands of people were believed to have gathered in Itaewon on Saturday night, a district known for its nightlife, for Halloween festivities, where at least 153 people died, and 82 people were injured after a crowd surge, according to ABC News.

According to witnesses who spoke with ABC News,  the tragedies occurred when a large crowd pushed forward in the area’s narrow alleys— coinciding with other witnesses’ accounts who stated that people got stuck in these curved slanted alleys.

The incident was initially reported around 10:20 pm; however, the large crowds delayed the rescue crews’ response. Witnesses additionally said that people were believed to be on top of each other for over an hour. Moreover, CPR was seen being performed in the streets.

According to the National Fire Agency, several victims were transported to local hospitals in cardiac arrest after emergency CPR.

The cause for the crowd surge remains under investigation. 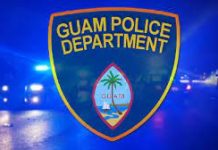 Dededo shooter still on the loose