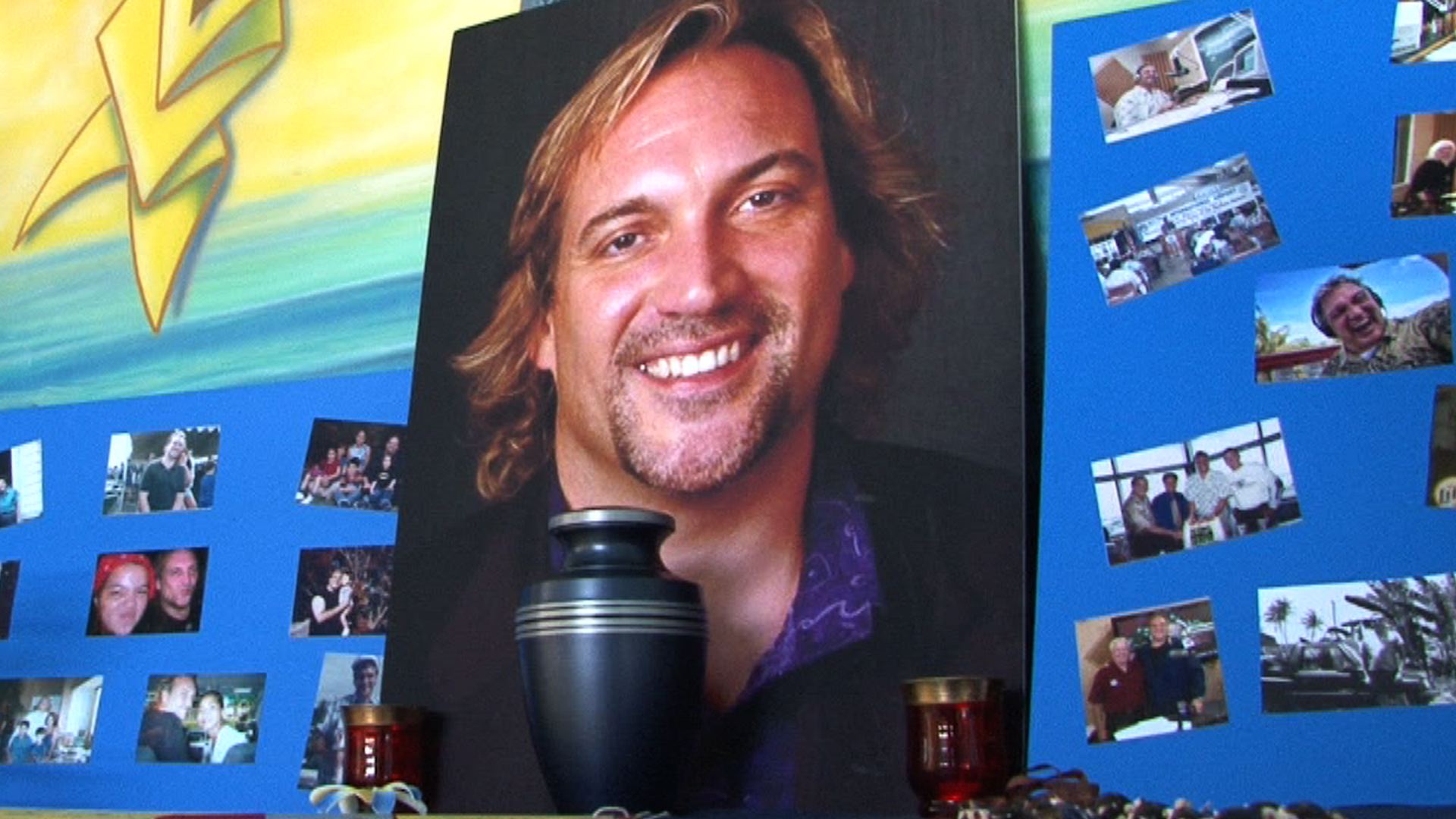 A memorial service was held Sunday at Jeff’s Pirate’s Cove in Ipan.

Travis Coffman, the man behind the big voice of the Big Show on NewsTalk K57 was remembered during a memorial service. Several of his close friends and relatives shared memories of their loved one, some of Coffman’s wit and humor, others of his compassion. Many of Coffman’s colleagues were also in attendance.

“I look up at Travis after a little bit and he goes like this,” recalled Power 98 personality Kyle Mandapat, pointing a finger at his left ear. “So he tells me to pick up the phone because he wants to talk to me, the little talk back, and I’m scared because he’s got this look in his eyes. He’s looking at me like it’s done, it’s done, you’re over here, Kyle.”

Mandapat was referring to his early years in radio hosting Trader Horn, a one hour buy, sell and trade show in which callers can put their items up for sale for free on air.

“And I’m 19 years old, I’m scared, I got a baby I gotta support. I pick it up and I say yes, sir, and he goes, ‘Hey, boy, do you have chicken you wanna sell me?’ He was making fun of the lady who just called,” Mandapat shared as the crowd laughed along with him.

“He taught me compassion, he taught me patience, he taught me that a bad moment is just time where we can sit and operate in the same space without having to say one word to each other and allowing that space,” Jenny Coffman, co-host of K57’s Edge of Heaven, shared.

Coffman began his journalism career in Saipan working for a local TV news station. He spent several years there before moving to Guam.

“I just got off from the airplane from Saipan today. I was in Saipan the last four or five days and Travis was on everyone’s mind in Saipan,” Guam Food Guy Ken Stewart shared.

When Coffman left his hometown of Illinois headed for Saipan, he never returned and he made the Marianas his home. His family spoke about Coffman’s decision to leave everything behind and start anew.

“I was angry with Travis for a long time because he moved out here and he didn’t come back,” said Troy Coffman, Travis’ brother. “I didn’t understand why but now I do. This place is wonderful, people are wonderful and he impacted a lot of lives.”

“[I want to] say thank you to all of you for loving Travis and for being here and for coming together and helping our family through this and for being a community that made him wanna stay here his whole life. He loved all of you and he loved Guam,” said Kirsten Coffman, Travis’ sister.

“That’s who he was, he was the Big Show,” Travis’ sister, Tracy, said. “How many of you, interacting with Travis, felt that glow? When he really focused on you and paid attention to you and you felt really amazing. When you felt his gaze and his glow, his affirmation on you, you just felt like a really special human because that’s who he saw.”

Coffman also served as News Director for PNC News before taking time off to focus on his health. He then returned to the Big Show for several months before leaving the show for good.