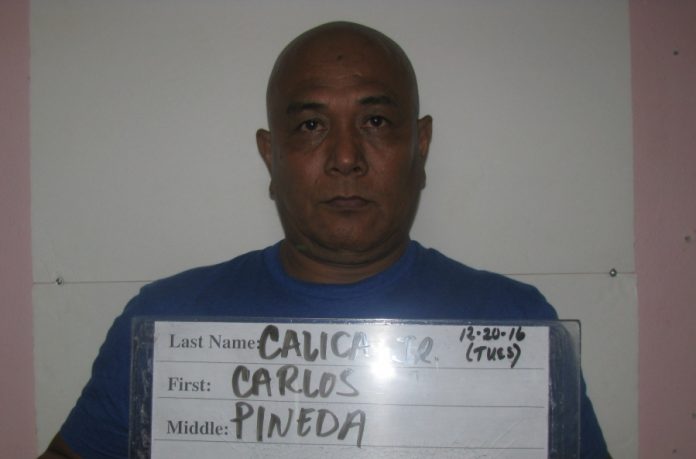 Jury selection and trial for Carlos Pineda Calica Jr. has been set for June 13.

Guam – A trial date for the 52-year-old man who told police his loneliness led him to rape a 16-year-old girl has been scheduled.

His attorney, Howard Trapp, has requested for Calica to be released to third-party custodians before trial, one of whom is Calica’s wife. Assistant Attorney General Christine Santos Tenorio opposed the release, saying Calica is a threat to the community, especially since he admitted to the crime, and that the victim he raped has close family ties.

Court documents say Calica was supposed to be keeping an eye on the teen while her parents were out, but instead, the victim said Calica took advantage of her. When police interviewed Calica, he reportedly admitted to the crime, saying “I made a mistake and I’m just so lonely.”

Trapp argues that, although it is noted that there are children living in the apartment building where the wife is now residing, both third-party custodians understand that Calica is not to leave the unit. Judge Iriarte said she needed time to consider his release since Calica has prior family violence convictions.

A status hearing is scheduled for April 14, and jury selection and trial is slated for June 13.