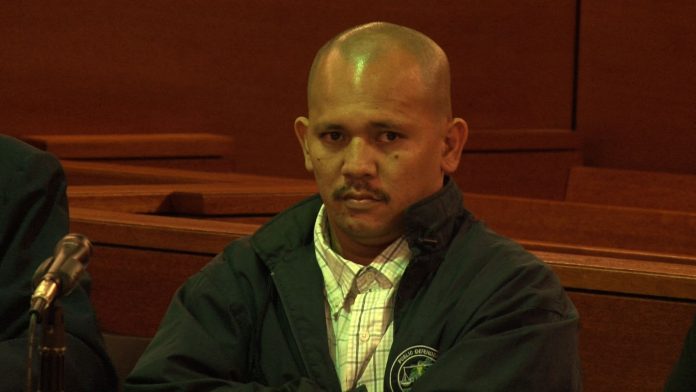 Prosecutors say John JT Castro struck his girlfriend’s toddler in the abdomen, causing her to die.

Alzanna was rushed to GMH where she was pronounced dead not long after. While in the ER, physicians noted some suspicious bruising. So the police were called in to investigate. Heibel says an autopsy performed by Dr. Aurelio Espinola revealed that Alzanna’s small intestine was ruptured. That rupture was caused by blunt force trauma to her abdomen.

“When it ruptures [fecal matter] goes into the body cavity and that causes death. The coroner will tell you that you can’t have a full meal when you rupture your small intestine,” Heibel points out.

This, says Heibel, establishes a timeline because the day before, family friend Barbara Santos says she saw Alzanna. Santos testified that she, Alzanna and Suzanna ate at McDonald’s.

“So Barbara Santos says she was eating fine on Friday,” Heibel notes.

There was also a pattern of abuse, says Heibel. He says Alzanna’s family will testify that whenever they babysat Alzanna, she was perfectly normal and happy. But whenever they dropped her back to Castro’s home, she was noticeably terrified.

“This is a 23-month-old being able to tcommunitcate the way she can communicate by screaming, not wanting to go back where the defendant lives,” explains Heibel.

Defense counsel Suresh Sampath, however, suggested that the baby’s mother may have some culpability in her daughter’s death. Detective JQ Lizama was the investigator in the case and Sampath says Lizama gave the impression that the injury occurred three days before Alzanna died, which contradicts Dr. Espinola’s findings that it occurred between four to 24 hours before. Sampath notes that Lizama ignored signs that Suzanna may be responsible for the child’s death.

“And he discovers about noon January 8th, three days before, Suzanna was watching Alzanna,” says Sampath. “Suzanna, however, is not arrested … despite officer Lizama’s colleagues encouraging him to arrest her, saying that we’ll go out and pick her up. She’s never arrested. Despite the CPS worker, Pamela Brewster’s findings of neglect on Suzanna Lotino.”