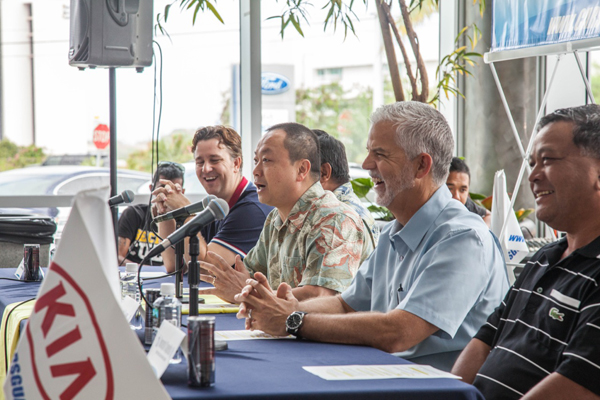 The sponsorship agreement, which will run through December 31, 2015, includes the official vehicle, a 2014 Ford Mustang, for GFA Technical Director and Matao Head Coach Gary White and naming rights for the Robbie Webber Youth Soccer League.

Triple J is committed to making a real difference in contributing to the development of the next generation of football on Guam.

“We are delighted to be a Platinum Corporate sponsor for GFA,” said Jeff Jones, President and COO of Triple J Enterprises, Inc. “To Triple J, this sponsorship is about the passion that connects our brands and our values with the GFA, their teams, the families and supporters. They allow us to build and foster relationships with consumers who share the same passion with us.

“Teaming – whether in sport or business – inspires people and communities – that’s why this partnership makes sense – we have a collective vision for our island and its youth,” Jones added.

This sponsorship also comes at an extremely exciting time for Guam football and GFA. With the growing success of Guam’s national program and its constant international exposure for Guam, as well as recent FIFA-recognized projects, including the solar energy panel installation at the GFA National Training Center touted as the world organization’s pioneer Income-Generating Program project, keep GFA at the forefront of the sporting arena in the Asia Pacific Region.

“I am really excited that Triple J has agreed to come on board as our platinum corporate sponsor,” said Richard Lai, GFA President. “It is a testament to Triple J’s faith in my promise to make GFA a world-class organization.” 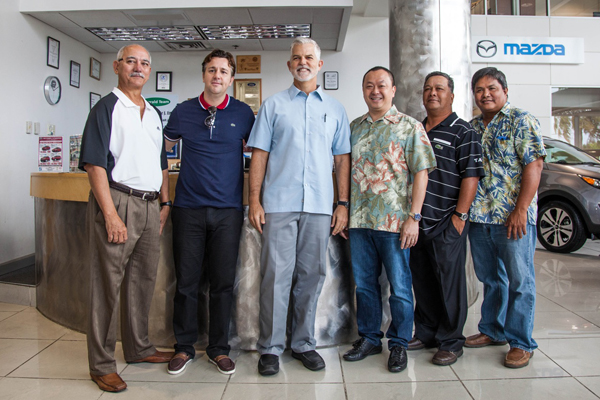