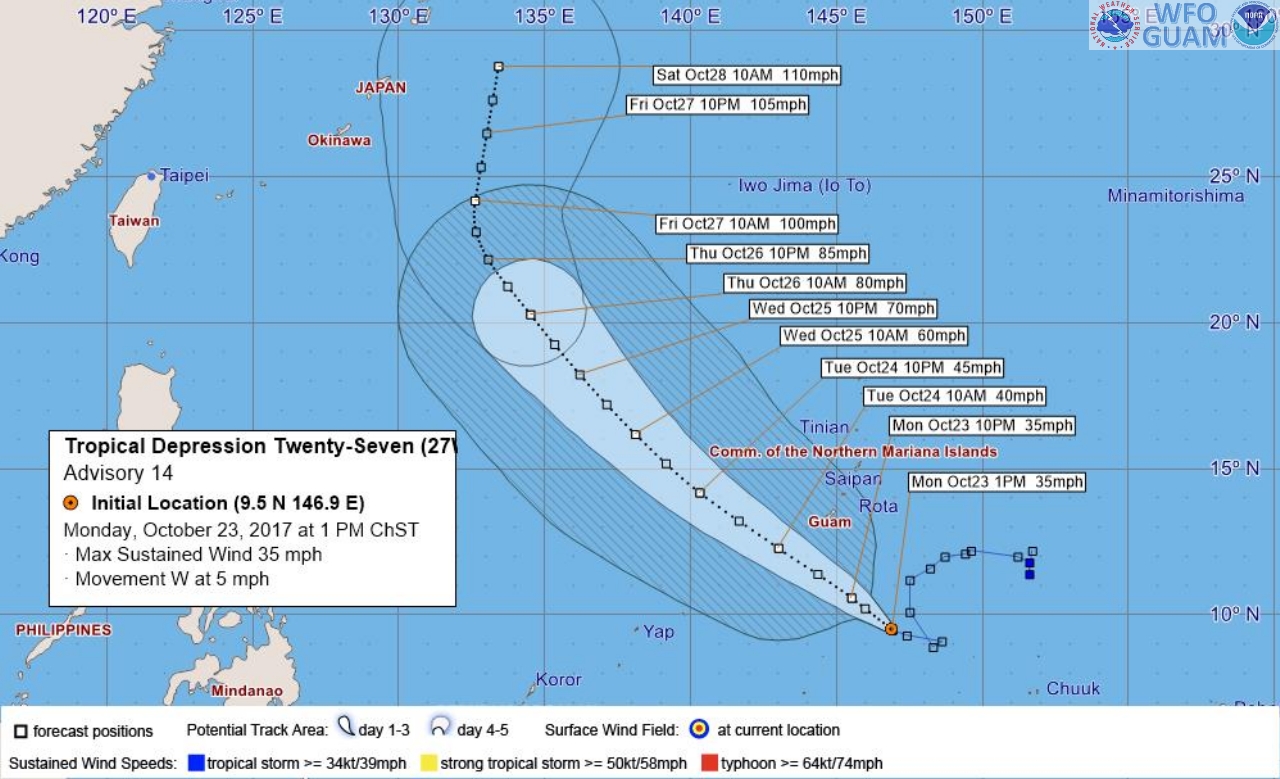 Tropical depression 27W is moving closer to the Marianas; however, it’s forecasted track should still take it southwest of Guam on Tuesday.

Guam – A tropical storm watch remains in effect for Guam and Rota which means there is a chance or possibility of tropical storm strength winds within 48 hours. Although it is still a tropical depression it is forecasted to become a tropical storm by the time it passes near or through the Marianas.

There is still some uncertainty with the track of the depression which is why a tropical storm watch is still in place. As of 3 pm the center of tropical depression 27W was located near latitude 9.5N and longitude 146.9E. This was about 320 miles south-southeast of Guam. The depression was moving in a west-northwest direction. Its winds were clocked at about 35 miles per hour. If the depression moves closer to Guam we could possibly receive tropical storm strength winds by tomorrow morning, so it is best to begin preparations now.

Three shelters will be open at 11pm tonight namely the Yigo gym, the Agana Heights gym and the Talofofo gym.