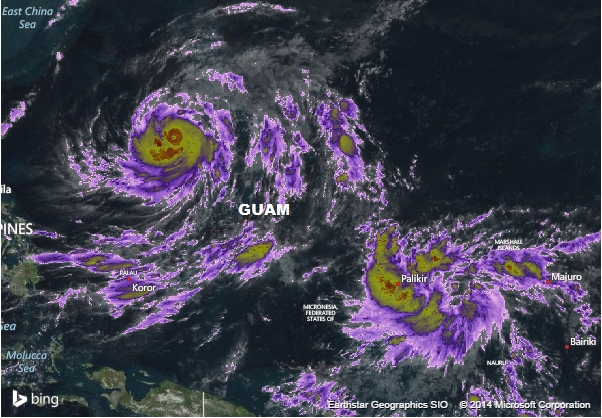 We may be in the clear from Typhoon Phanfone, but now we have another possibility looming on the horizon.

A tropical disturbance was located just north of Kosrae and according to the National Weather Service, it is expected to become a tropical depression by tonight or Friday.

NWS Senior Forecaster Mike Middlebrooke says the big system is disorganized for now, but in the next few days, it is headed towards the Marianas and has the potential of becoming a typhoon. In fact, he says it is expected to be in our area by Monday.

NWS reminds residents that high surf advisory is in effect until Saturday.

Look out for more rain and kicked up winds through the rest of the week a “calm before the storm” so to speak during the weekend.

Middlebrooke says nothing is certain yet, but residents should be prepared just in case and since we’re in the season for typhoon alley.

The system is moving in the west-northwest on a path that would bring it near or just north of the Marianas late Sunday or Monday.