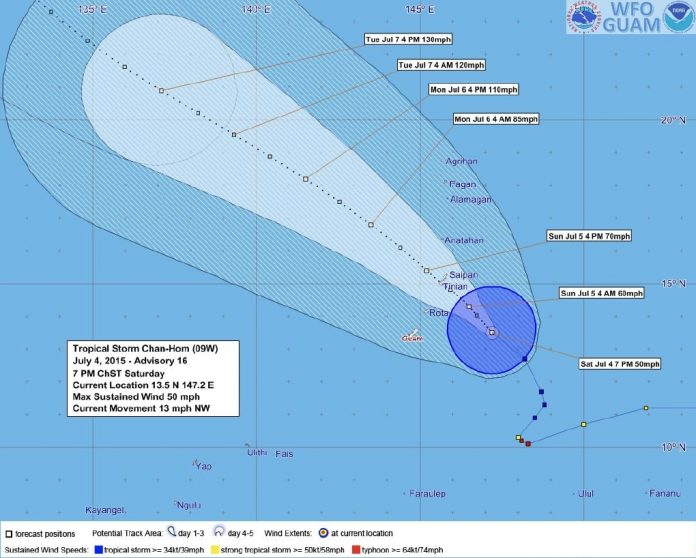 Typhoon Watch and COR3 Remains in Effect for Guam

According to the Sat. 8pm update from the National Weather Service Chan-Hom is now directly East of Guam and moving Northwest at 13mph. The latest forecast track has is passing between Tinian and Saipan on Sunday however the NWS warns that “some erratic motion is still possible over the next 12 to 24 hours.” Chan-Hom is expected to intensify slowly over the next couple of days and could become a typhoon again Sunday night or Monday morning.