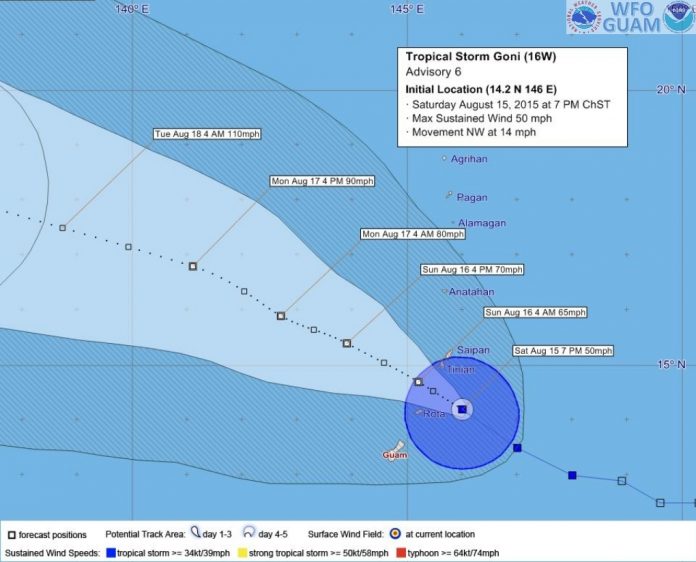 Tropical storm Goni has maintained it’s intensity and has remained on a track that should take it somewhere between Rota and Tinian early Sunday Morning. It is not expected to become a typhoon until after it leaves the Marianas.

Guam – Tropical storm Goni remains on a track that will take it North of Rota and South of Tinian in the early morning hours of Sunday.

According to the National Weather Service’s Sat. 11pm public advisory the storm has maintained it’s strength at 50mph and it’s not expected to become a typhoon until after it leaves the Marianas. It is moving Northwest at 6mph and is expected to continue this direction through Sunday night. At 10pm it was located at 14.4 degrees North latitude and 145.8 degrees East longitude. Guam remains in COR2 and a tropical storm warning remains in effect for Guam Rota Tinian and Saipan. A typhoon watch remains in effect for Tinian and Saipan.