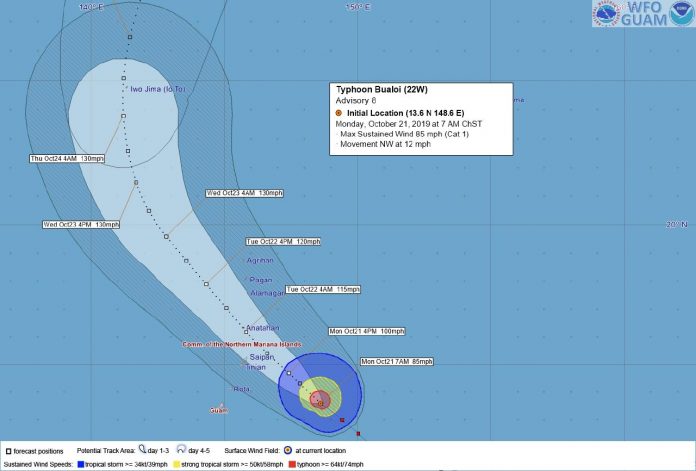 The Tropical Storm Watch for Guam was cancelled Monday morning by the National Weather Service.

Weather will deteriorate from this point forward with more showers and winds gradually increasing.

A Flash Flood Watch is now in effect for Tinian and Saipan.

For Guam, a High Surf Advisory has been issued.

Seas and surf will be hazardous throughout the Marianas as a result of Bualoi.

As of 7 a.m. Monday Bualoi still had typhoon force winds of 85 mph. And those winds extended outward about 35 miles.

Bualoi is expected to pass near or over Anatahan early Tuesday morning, well north of Saipan.

An intermediate advisory will be issued by the National Weather Service at 11 AM ChST followed by the next scheduled advisory at 2 PM ChST.