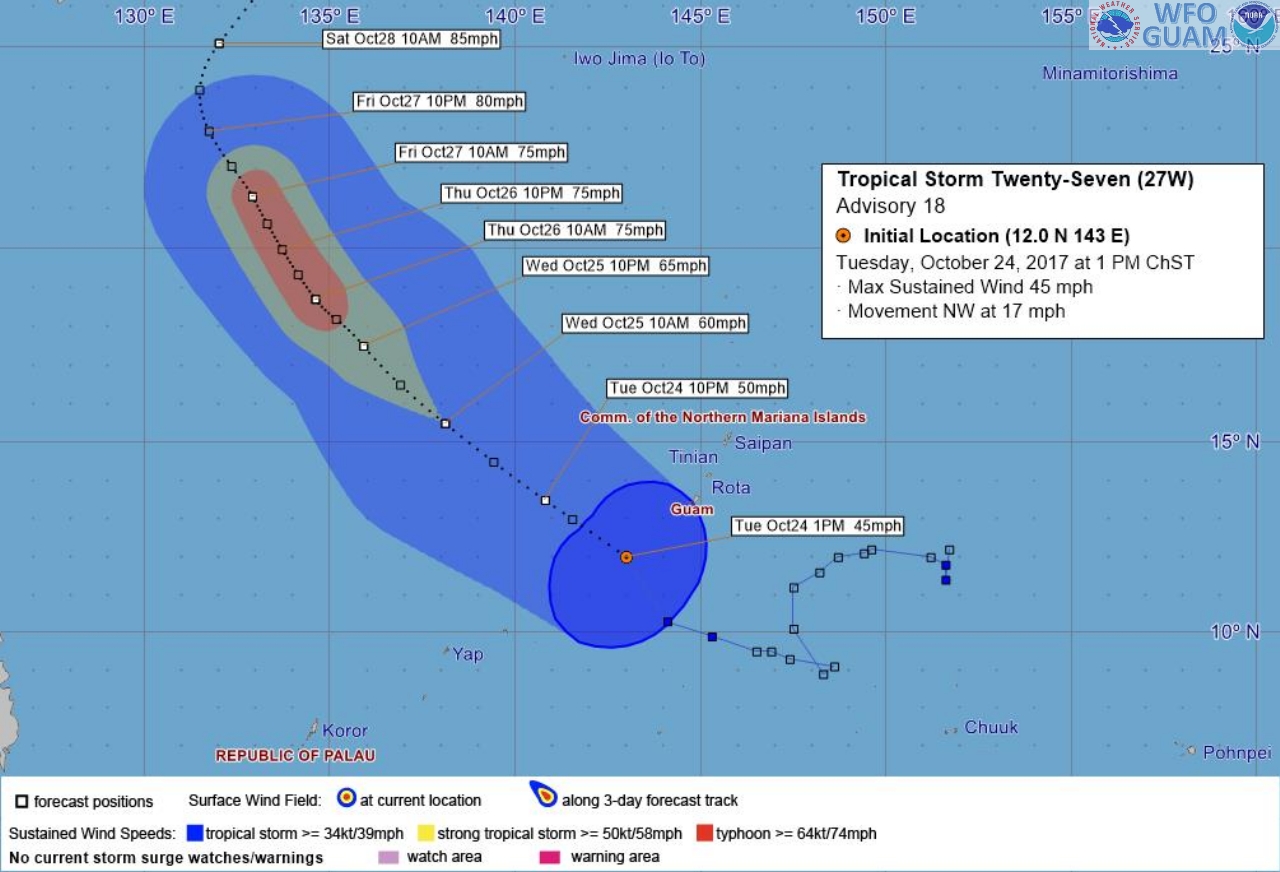 The tropical storm watch has been lifted for Guam and Rota as tropical storm 27W passed south of Guam this afternoon(Tues) as forecast by the National Weather Service.

Guam – The storm is now moving away from the Marianas. Although Guam was spared the tropical storm strength winds, the southern half of the island did see a lot of gusty conditions and really high and hazardous surf. There were reports of scattered power outages in various pockets around the island.

As of 1pm this afternoon(Tues) the storm was located at 21.6 degrees north longitude and 143 degrees east latitude. Maximum sustained winds are at 45 miles per hour and the storm is moving away from Guam and the Marianas and is heading out into the open Philippine sea at 17 miles per hour. The storm is forecast to intensify, and it could become a typhoon by Thursday but by then it will be far from the Marianas.