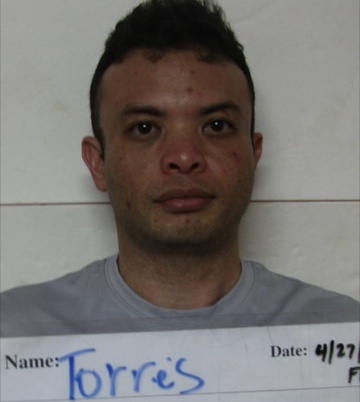 Guam – An early morning raid at a home in Latte Heights revealed a familiar face being escorted from the residence and into a police car.

A total of three men and one woman were escorted from the Dededo home this morning, as a result of a drug raid executed by the Mandana Drug Task Force and SWAT.

At this time GPD Spokesperson Sgt Paul Tapao states that no arrests have been made and that the individuals are being questioned as part of an ongoing investigation into suspected drug activity.

Among those individuals brought in for questioning was the former Director of Communications for the Governor’s Office Troy Torres. Torres was most recently employed under Senator Dennis Rodriguez, as a senior policy advisor. But according to the staffing pattern, that term expired on April 13, 2018. Senator Denis Rodriguez confirms that Torres’ contract has not been extended, however no further information was provided.

Meanwhile, according to an article published in the weloveguam.com website, the gubernatorial campaign website for Sen. Rodriguez and his running mate David Cruz, entitled “Put a Teacher in Adelup,” Torres’ byline indicates his title as 2018 campaign manager.