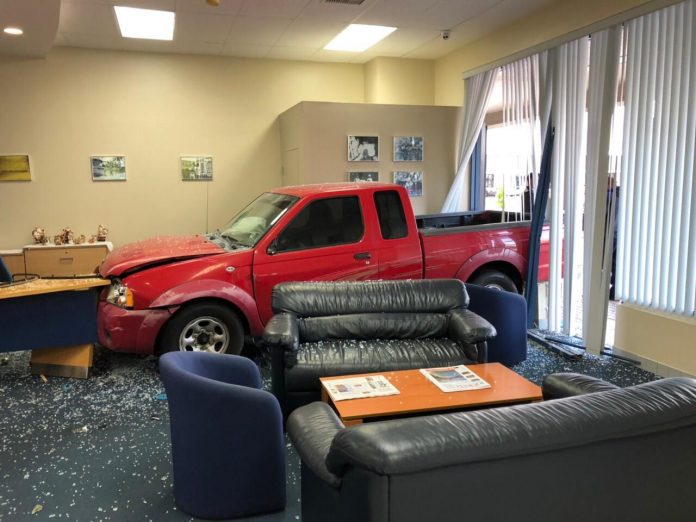 Guam – The sounds of glass shattering were caught on camera as a truck was filmed plowing through a local business establishment.

Several videos have emerged on social media, in the first video a red Nissan Frontier truck crashes through the window of an establishment at the Compadres Mall in Harmon. The truck jumps over the wall and the vehicle comes to a rest inside the building with its tail-end protruding from the window.

Based on the surveillance video the incident appears to have occurred at around 7:27 this morning.

In a second vehicle, the truck is being towed out of the establishment and a police officer is scene canvassing the area. Images of the vehicle as also depict the damage caused in the establishment, and glass strewn throughout area. PNC reached out to GPD for comment regarding the incident and whether any arrests were made.