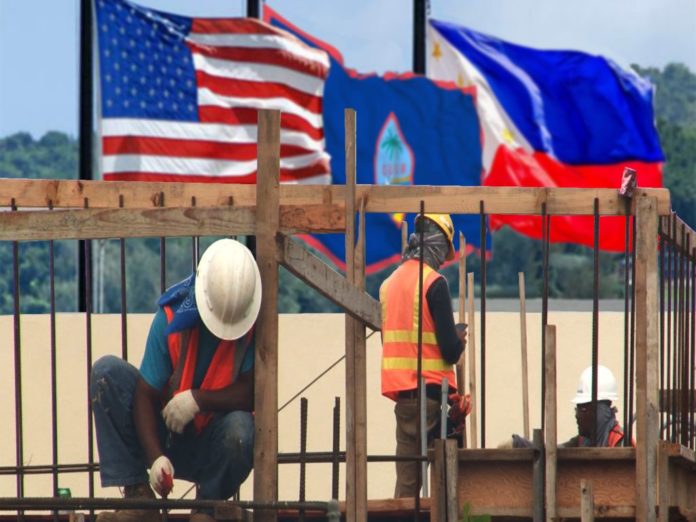 (ABC News) – The Trump administration said Monday that it was extending a ban on green cards issued outside the United States until the end of the year and adding many temporary work visas to the freeze, including those used heavily by technology companies and multinational corporations.

The ban on new visas applies to H-1B visas, which are widely used by major American and Indian technology company workers and their families, H-2B visas for nonagricultural seasonal workers, J-1 visas for cultural exchanges and L-1 visas for managers and other key employees of multinational corporations.

The administration cast the effort as a way to free up jobs in an economy reeling from the coronavirus. A senior official who spoke to reporters on condition of anonymity estimated the restrictions will free up to 525,000 jobs for Americans.

The ban, while temporary, would amount to major restructuring of legal immigration if made permanent, a goal that had eluded the administration before the pandemic. Long-term changes targeting asylum seekers and high-tech workers are also being sought.

Business groups pressed hard to limit the changes, but got little of what they wanted, marking a victory for immigration hardliners as Trump seeks to further solidify their support ahead of the November election.

There will be exemptions for food processing workers, which make up about 15% of H-2B visas, the official said. Health care workers assisting with the coronavirus fight will continue to be spared from the green-card freeze, though their exemption will be narrower.

The new steps to include non-immigrant visas went a long toward appeasing hardliners.

“This is a bold move by the Trump administration to protect American jobs,” said Mark Krikorian, executive director of the Center for Immigration Studies, which advocates for restrictions. “Not all the items on our checklist of needed actions are included in today’s announcement, but the corporate lobbyists who were desperately fighting for exceptions to protect their clients’ access to cheap foreign labor have largely been rebuffed.”

BSA, a group that represents major software companies, urged the administration to reconsider its changes, particularly to the H-1B program, saying they will hinder economic recovery by making it harder to fill critical positions.

“Filling these roles that are more abundant than the number of U.S. employees qualified to fill them means these jobs can be kept in the U.S.,” the group said. “This allows companies based in the U.S. to remain globally competitive, which in turn boosts the U.S. economy, creating jobs for millions of Americans.”

A pro-immigration group with strong Silicon Valley backing, FWD.us, said the moves “will not only hinder efforts to save lives, but will prevent job creation and hurt our economy as our country struggles to recover.”

The freezes on visas issued abroad are designed to take effect immediately. Other changes, including restrictions on work permits for asylum seekers, will go through a formal rule-making process that takes months.

The administration is proposing a new way of awarding H-1B visas, the official said, awarding them by highest salary instead of by lottery.

H-1B visas are capped at 85,000 a year for people with “highly specialized knowledge” and minimum of a bachelor’s degree, often in science, technology, engineering, teaching and accounting. Critics say high-tech companies have used the visas as a tool to outsource jobs to foreigners, replacing Americans.

READ the release from the DHS in FULL below:

The Department of Homeland Security (DHS) announced it will begin implementing a Trump Administration proclamation to protect American workers in the wake of unprecedented unemployment caused by COVID-19.

“The President is taking decisive action to put American families and workers first in the reopening of the economy and the Department stands ready to implement this important executive action,” said DHS Acting Secretary Chad F. Wolf. “This proclamation ensures Americans are first in line for American jobs as the economy reopens.”

The proclamation unveiled by President Trump directs the Department of Homeland Security to undertake a two-part approach to ensure employers put Americans first.

First, the proclamation uses presidential authority under Section 212(f) of the Immigration and Nationality Act to temporarily pause the issuance of certain new nonimmigrant visas until December 31, 2020, which could be extended as necessary. The visa categories paused include H-1B, H-2B, L and certain J nonimmigrants. The stipulations will not apply to foreign workers already in the country on existing visas or foreign nationals already in possession of visas at the time of the proclamation’s effective date.

Second, DHS is also directed to use all available tools to transition to a merit-based immigration system, ending often-exploited avenues for fraud and abuse. New provisions include non-displacement provisions, which prohibit companies from laying off American workers only to replace citizen employees with foreign nationals, and new efforts to prevent illegal aliens from obtaining work permits.

DHS is also working with United States Government partners to ensure enhanced medical screening procedures are in place for foreign workers in the event that travel suspensions are lifted as well as to improve biometric collection. Existing policies for both matters will be expanded and improved in the coming days.

The full text is available here.