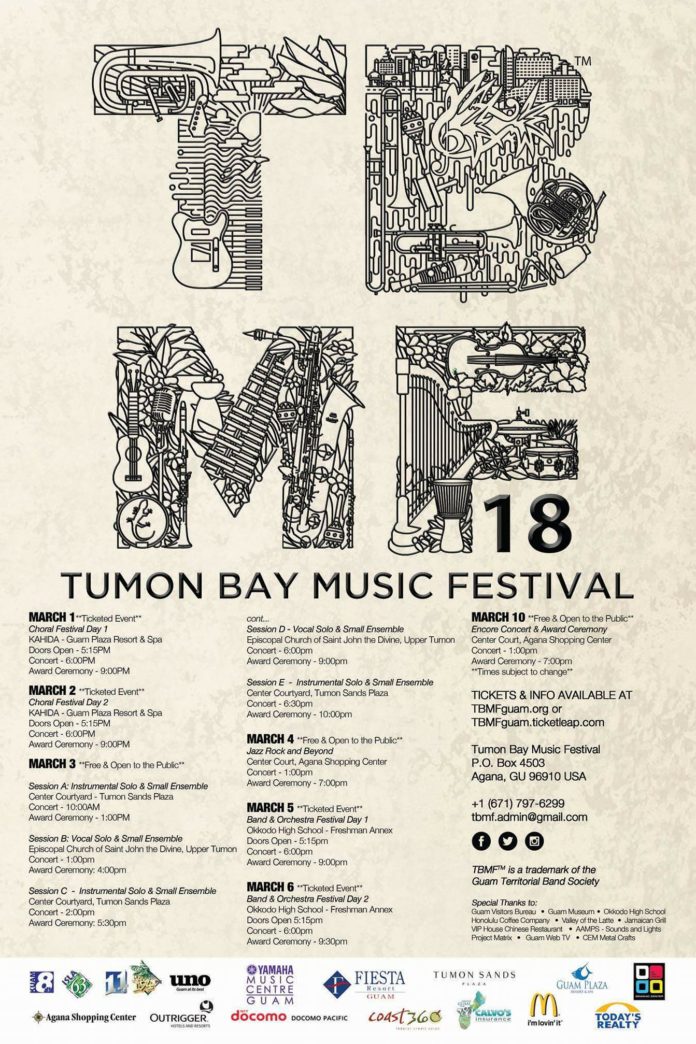 Guam – Get ready for some great musical performances for the annual Tumon Bay Music Festival set to kick off tonight at the Guam Plaza Hotel.

With the distinction of being the biggest music fest in the Marianas, the Tumon Bay Music Fest is a 10-day event that includes competitions, performances, clinics and workshops for musicians of all levels.

Workshops will be held next Wednesday, Thursday and Friday at Untalan Middle School and Okkodo High School and it will culminate next Saturday, March 10 at the Agana Shopping Center for the Finale Concert and awards ceremony.

“There’s always that saying that music is the language of the world and truly it is because the Guam Territorial Band, every couple of years, we perform with people that we may not be able to talk to language-wise but we play the same music, we sit next to each other, we collaborate, play in the same music and that’s how we communicate. And that gives us a new venture for people across the Mariana Islands to get together to not compete against each other’s performance but then to collaborate, to perform together as one large entity,” said Aydlett.

For more information or to see a full schedule of events, you can log on to tbmfguam.org.