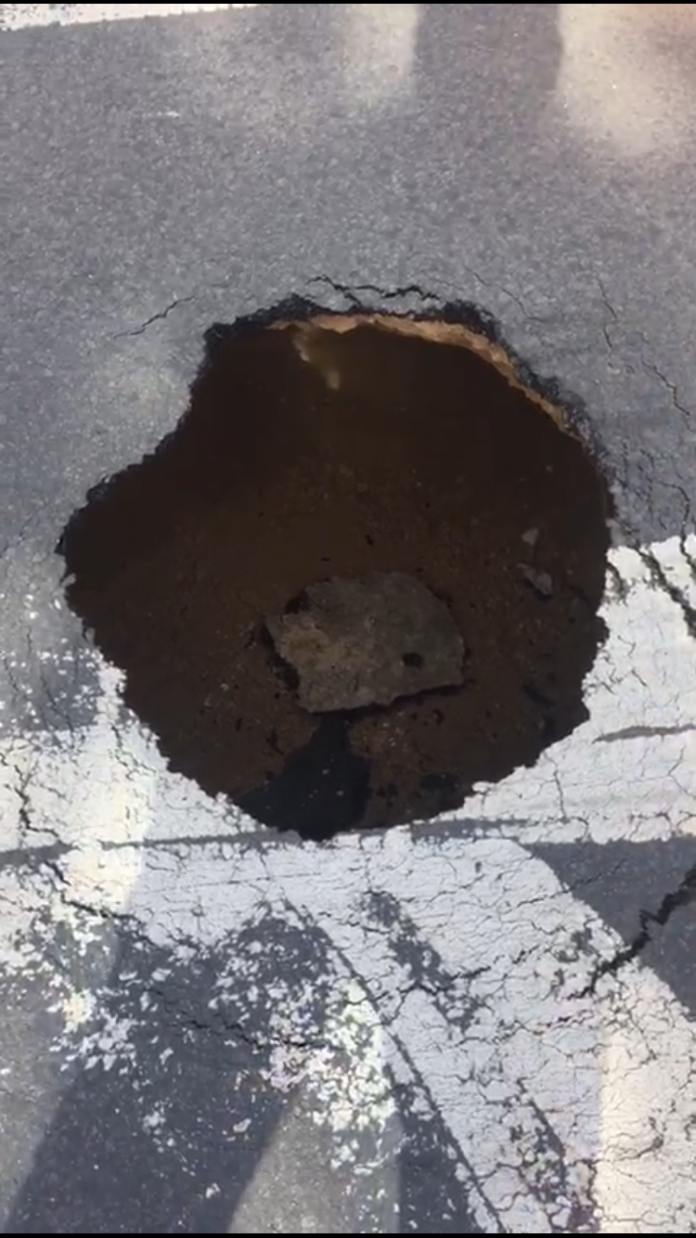 DPW engineers are still trying to figure out the cause of the sinkhole.

Guam – A sinkhole in Tumon that disrupted traffic Wednesday has been patched up, but Department of Public Works Director Glenn Leon Guerrero says engineers are still trying to figure out what caused the road to open up.

It happened Wednesday afternoon and Leon Guerrero says DPW crews were on scene to investigate immediately. DPW worked late into the evening and filled the hole with aggregate base and other materials and then patched it up with a steel plate, according to Leon Guerrero.

The temporary fix is completely safe, he adds, and will sustain normal traffic conditions. I

n the meantime, Leon Guerrero says engineers will continue to investigate the cause of the sinkhole and come up with a plan to do more permanent repairs using asphalt.