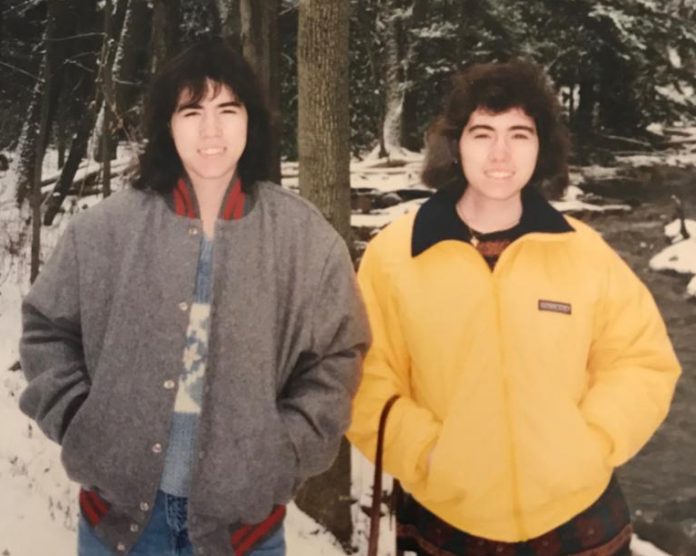 Guam – Twin sisters Katrina and Leslie Schaller suffer from a debilitating degenerative disease, forcing them to rely on supplemental social security income. But because of where they reside, one of them has become ineligible to receive this benefit.

The islands of Guam and the Commonwealth of the Northern Marianas are politically similar in that they are both recognized as U.S. territories whose inhabitants are considered U.S. citizens protected by the U.S. Constitution.

But that’s not the case for twin sisters Katrina and Leslie Schaller. Leslie lives in Pennsylvania while Katrina lives in Guam—both suffer from myotonic dystrophy, a debilitating genetic disorder that affects the body’s muscles. Katrina, now a resident of Guam, is ineligible for SSI.

This is because of what Katrina’s attorneys are calling categorical discrimination. For the purpose of extending SSI benefits to people with disabilities, the Social Security Administration defines eligible beneficiaries as U.S. citizens living within the 50 U.S. states, the District of Columbia and the CNMI.

Just 60 miles to the south in the U.S. territory of Guam and despite being a part of the same island chain, Guam’s U.S. citizens are still technically considered “outsiders.”

“The CNMI benefits from it and it’s a good thing for folks in the CNMI, but we need to have it on Guam too just like every other place in the United States,” says Attorney Rodney Jacob, legal counsel for Katrina.

Katrina and Leslie were born in Pennsylvania but after their parents died, Katrina moved to Guam in 2007 to live with her only other living relative who could care for her, her older sister, Kim Fegurgur. More capable of living independently, Leslie stayed back in Pennsylvania.

And although Kim and her husband’s family have been lovingly caring for Katrina for the last 11 years, the inequity in how they’re treated and recognized by the federal government can, at times, feel demoralizing.

What exactly makes Katrina less of a U.S. citizen than her twin sister? Is it her place of residence? But if that’s the case, and Guam is ineligible for SSI because of its location and relationship with the U.S., then why is the CNMI eligible for SSI benefits?

The dichotomy in being both U.S. citizen and “outsider” is exactly what Atty. Jacob is hoping to reconcile. Along with a high profile law firm in the U.S., lawsuits were filed against the Social Security Administration in Guam and Pennsylvania on behalf of Katrina and Leslie. Their sister Kim says as the condition progresses, Leslie will eventually have to move to Guam as well which means she will end up losing her benefits too.

“The reason we did is because it’s really just not right. There’s so many people on Guam that will benefit from it. We know this because of the statistics that we’ve researched,” explains Jacob.

Jacob cites statistics in the lawsuit showing that some 24,000 Guam residents could be eligible for SSI if Congress were to extend the program to the island. In the CNMI, about 1,000 residents receive SSI benefits.

Guam citizens are eligible to receive benefits under the Social Security Administration but the program they are eligible for is limited. It’s called the Old-Age Assistance, Aid for the Blind, and Aid for the Permanently and Totally Disabled or ABD, which is the antiquated predecessor of the SSI.

SSI was enacted by Congress in 1972 to replace the ABD because of deficiencies found in the ABD program which had varying eligibility criteria for different states.

In Guam, the ABD program is administered locally which has different eligibility requirements from the national uniform standard. Participants cannot have more than $2,000 in resources which includes real property, insurance policies or vehicles. The SSI program, however, does not count personal or real property against their eligibility.

In addition, ABD funding is limited because of a cap on all subsistence aid at $4.6 million annually. Of that amount, $3.4 million is designated for the Temporary Assistance for Needy Families program, leaving just $1.2 million for the remaining federal programs.

While the remaining $1.2 million is available to ABD, it’s also shared with other programs like foster care adoption assistance and matching grant programs.

“Collectively, the average monthly payment for the ABD programs was $167.41 per individual. The federal SSI program pays a monthly benefit of up to $771 per eligible individual, with an average payment of $526 per month,” the lawsuit states. “Thus, geographic fortune deprives Americans living at the southern tip of the Mariana Islands from approximately 75 percent of the federal benefits received by those living just to the north.”

Meanwhile, for Kim and her sisters, the cost of being all together again is adding up to be in the thousands every month–a steep price to pay to maintain your quality of life in the face of a debilitating and soul crushing disease.

“Every time I go home, Leslie will always say, ‘I hope I win the lottery because I’ll bring Katrina back.’ Her dream is to be with her sister again,” says Kim. “It’s just a bond that is very deep and my love for my sisters–I just want us all to be together.”