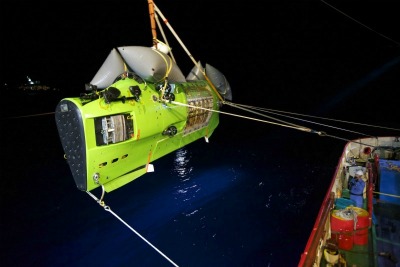 Guam – Filmmaker James Cameron used Twitter.com to let the world know that he had reached the bottom of the Marianas Trench this morning [Monday].

Cameron (@JimCameron) tweeted “Just arrived at the ocean’s deepest pt. Hitting bottom never felt so good. Can’t wait to share what I’m seeing w/ you @DeepChallenge” shortly after he reached the bottom at 7:52am Monday.

Cameron was the first to reach the depth of 35,756 feet in 52 years and the first man to make the dive alone.

Microsoft Co-Founder Paul Allen also kept the world informed by giving up-to-the-minute updates on twitter while listening to underwater communications from on-board his yacht the Octopus.  According to Allen, Cameron began his return to the surface at 10:52am after three hours at the bottom of the Challenger Deep.  Allen (@PaulGAllen) tweeted”#deepseachallenge sub started return to the surface after a successful dive welcome back to sea level soon!” at 10:52am.

Cameron’s sub reached the surface at 11:59am according to Allen’s twitter feed.

The DeepSea Challenge is sponsored by National Geographic and Rolex, you can learn more about the dive at deepseachallenge.com 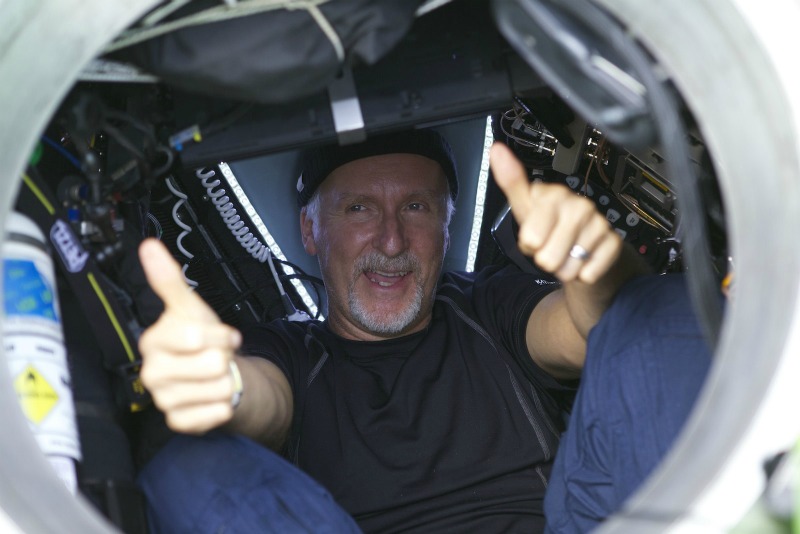