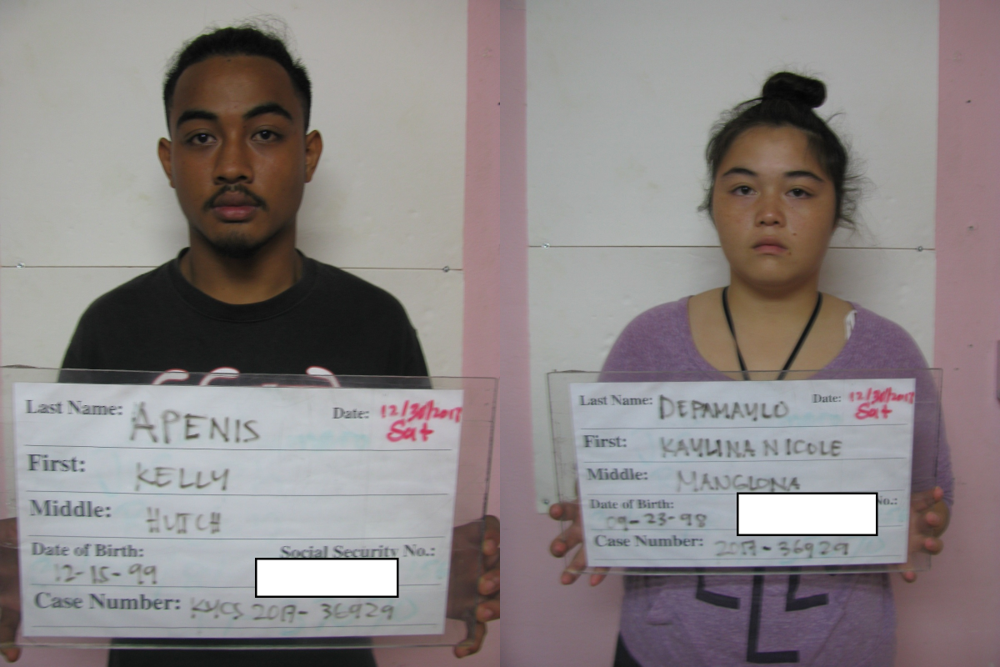 Two individuals, who are barely adults were arrested for a strong armed robbery which occurred on December 23, 2017.

Guam – Two suspects were arrested over the weekend for their alleged involvement in a strong arm robbery which occurred at the Micronesian Mall.

Acting on information received from the community, police located 18-year-old Kelly Hutch Apenis. According to police, Apenis was identified as the individual who allegedly tried to make off with a woman’s purse in the parking lot of the Micronesian Mall on December 23rd. The second suspect according to GPD Acting Spokesperson Officer Paul Tapao was identified as 19 year old Kaylina Nicole Depamaylo. She was allegedly with Apenis prior to the robbery.

According to a post on social media the robbery was foiled by a man who jumped to the rescue, pursuing the suspect and tackling him to the ground. The suspect was allegedly able to get away, but the stolen belongings were returned to the victim.

Apenis was arrested for 3rd degree robbery, theft of property and conspiracy. He was booked and confined.

Depamaylo was arrested for hindering apprehension. She was booked and released.