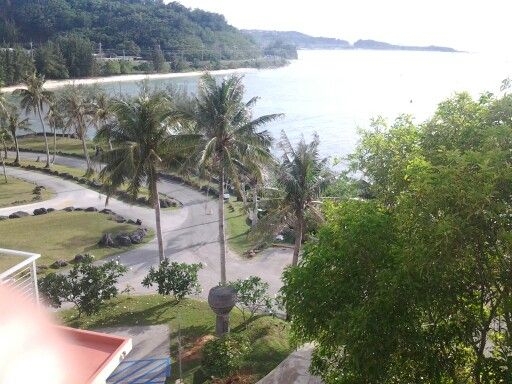 A 10 year old boy and an 11 year old boy were pronounced dead at the Guam Memorial Hospital Sunday afternoon after being pulled out of the waters of the Adelup Beach Park.

Guam – At 12:20 Sunday afternoon two boys a 10 year old and an 11 year old died after being pulled from the waters of the Adelup Beach Park by their father and some bystanders.

According to Guam Fire Department Public Information Officer Kevin Riley CPR was conducted at the scene and enroute to the Guam Memorial Hospital. According to GMH Public Information Officer June Perez the 11 year old was pronounced dead at 12:58pm and the 10 year old boy was pronounced dead at 1:09pm on Sunday at the hospital. According to Riley the two boys who died were wading in the ocean with their two brothers. They got into deep water and “began having difficulty swimming”. Two of the four boys were able to make it to shore but even they had to be “transported by GFD ambulance for evaluation.” The other two passed away at GMH. Perez stated “We all extend our deepest condolences to their family and friends.”