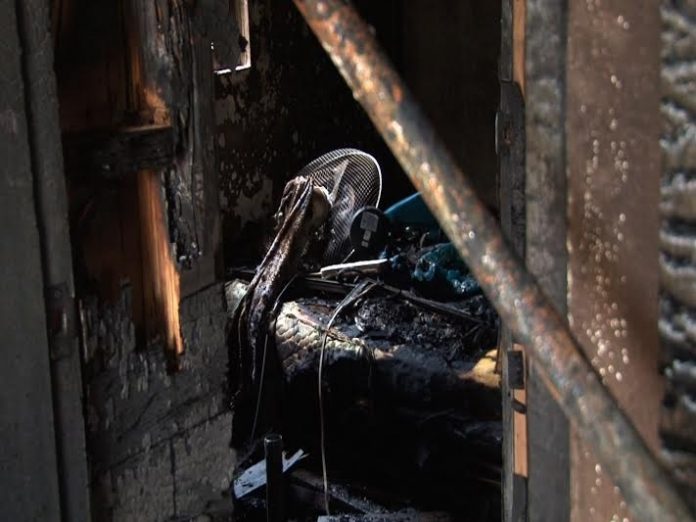 Over the weekend, the Guam Fire Department responded to a house on fire, which resulted in two families being displaced.

Guam – Two families lost their home to fire over the weekend.

This was the home of Rolly and Susie Golez. According to sister Rose Segovia, it started when her brother-in-law noticed smoke coming from a side extension to the building. She said, once he opened the door to check on what was causing the smoke, the heat and smoke were too much to bear as it rushed through the main house. Thankfully, Segovia explains, her brother-in-law was able to make his way out of the house to call for 911.

Guam Fire Department Spokesperson Kevin Reilly says they received a call of a structure fire at single story, semi-concrete, 3 bedroom house in Yigo at about 7:30 in the morning. Upon arriving at 112 Toves Street, Reilly reports that although the concrete structure was still intact, there was extensive damage throughout the house from heat and smoke. The fire was under control an hour later. There were four people inside the house at the time, but Reilly says, there were no injuries reported.

A day later, family members team up to help salvage what’s left inside the home. They took us on a tour and showed us how almost everything they once had are now all gone. Even the two-bedroom extension at the back of the building, where a father and his son lived, suffered extensive damage. Segovia tells PNC that because they didn’t have home insurance, her family members are displaced.

If you would like to help their family, please call Rose at 689-1592. They’re accepting any kind of donation to help them in this time of need.

As of news time, Reilly says fire investigators are still trying to determine the cause of the fire.