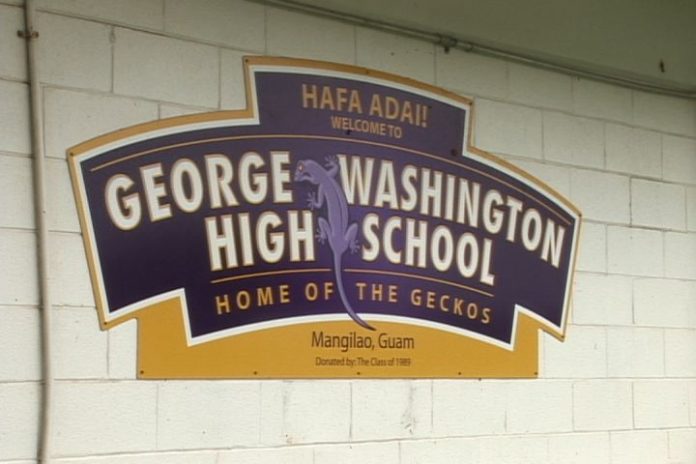 Guam – Two intoxicated students were maced by School Resource Officers at George Washington High School today after reportedly assaulting an employee. Police were also called to the scene and a taser was deployed on one of the students.

“There’s a report that a couple of students became aggressive to an employee at what time the SRO’s to help gain control of the situation and then took their appropriate administrative actions,” Malay said.

According to Malay SRO’s do not carry tasers but they do carry pepper spray. Balajadia confirmed that mace was used on both students.

“One as far as I know that was combative as far as I know ended up having a… drive stun where they take they actual taser and they start deploying the prongs into the individual,” Balajadia explained. “So that student was tased by the stun gun.”

Balajadia says it was an officer from the Agana precinct who tased the student.

This is the second time the deployment of a taser by a GPD officer has made the news this week. As with all cases where a tase gun in used Balajadia says an incident report will be filed regarding today’s use of the weapon.

“You have to understand that the officer that used that is a pretty big guy so if he had to use that there was a reason for it,” Balajadia told PNC. “Each one of us knows what it feels like to be stunned by that.”

Both of the students, ages 16 and 17, were taken to Guam Memorial Hospital for observation and Malay says the parents of the students were also notified.