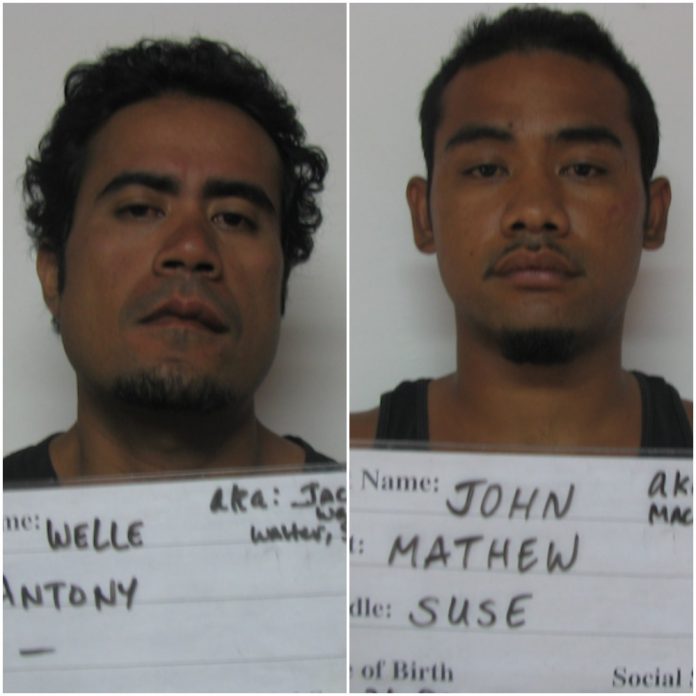 Both men are currently confined at the Hagatna Detention center.

Guam – Two men have been arrested after a knife and metal pipe fight. According to GPD, At 9:45 p.m. Wednesday, officers from the Hagatna precinct responded to a stabbing incident in which John Matthew and Anthony Welle suffered injuries after a physical altercation between the two near Chamorro Village. Matthew sustained a 3” stab wound on his left tricep while Welle suffered a 1” laceration to the back of his head after allegedly being hit with a metal pipe. Both men were taken into custody and transported to the Guam Memorial Hospital to be treated for their injuries. Both men are currently confined at the Hagatna Detention center.