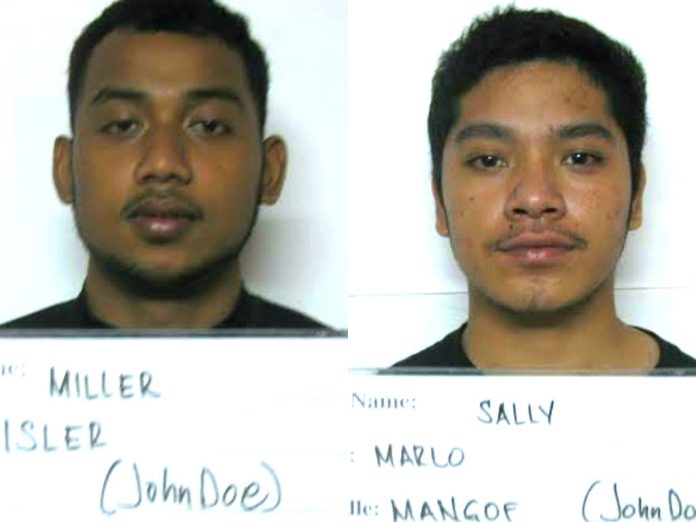 Guam – Two men were arrested for allegedly stealing a vehicle and then using that stolen vehicle to steal beer from a gas station early this morning.

According to Guam Police Department Spokesperson Captain Kim Santos, at about 1:30 am Thursday, several male individuals entered the Circle K/76 gas station in Barrigada and stole 5 five 12-packs of beer. At some point, one of the suspects shoved the store clerk and struck her on her arm before fleeing from the store. As officers arrived on scene, Santos explains, they witnessed a Toyota Corolla fleeing. Police eventually pulled the car over just off of Joleen Guerrero Street in Barrigada and the two suspects in the car were taken into custody.

During the course of their interviews, the suspects told police that they stole the car they used to get away. Santos says the alleged stolen vehicle case is still under investigation.

Arrested were 18-year-old Marlo Mangof Sally and 19-year-old Isler Miller. They were charged with First Degree Robbery, Eluding a Police Officer and Possession of an Open Container in a Motor Vehicle.