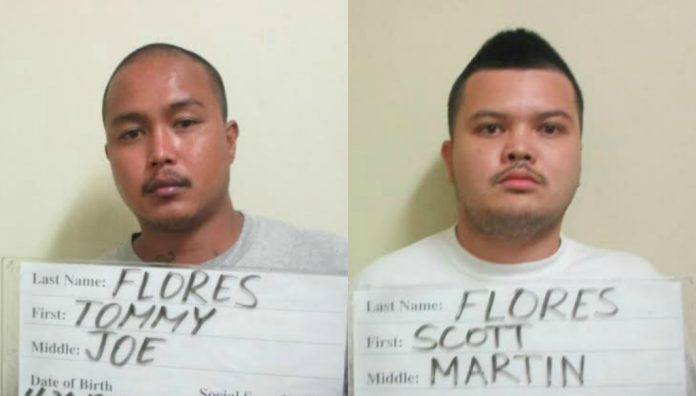 Two men are behind bars for the armed robbery of A-H Market in Barrigada last night. GPD Spokesman Officer Aj Balajadia says officers responded to the hold up alarm at about 9:16 PM.

Within moments after the description of the possible suspect vehicle was aired over the police radio, a vehicle matching the description was located and pulled over by Blas Street in Barrigada.
Arrested were 27 year old Tommy Joe Flores and 22 year old Scott Martin Flores from Toto for possession of a deadly weapon in the commission of a felony, possession of a schedule II controlled substance, and conspiracy to commit a felony.
Officer Balajadia tells us how GPD feels about the quick arrest. “It shows that when the community the police officers work together. The apprehension of suspects is a lot higher. Even after the fact someone coming forward and giving information, it leads to further investigation and ultimately arrest of the suspects,” he says.