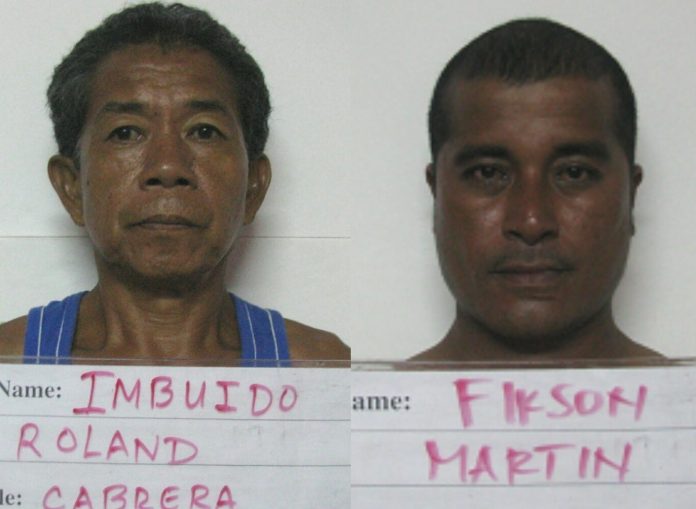 Both are booked and confined.

Guam – Two men are behind bars after a heated argument turned to a stabbing incident in Dededo.

At about 2:30 pm on Sunday, the Guam Police Department responded to a reported disturbance in the parking lot of the Fresh Bread Bakery in Dededo.

GPD Spokesperson Captain Kim Santos said witnesses reported that a group of men were drinking alcohol in an abandoned house across the bakery when an argument between two men broke out. The two men, identified as 31-year-old Frikson Martin and 56-year-old Roland Imbuido, then carried their argument over to the bakery parking lot. According to a release, during the argument, Martin struck Imbuido on his back with a meat cleaver and in turn, Imbuido, stabbed Martin in the chest with a pocket knife.

The men were transported by medics to the Guam Regional Medical Center. Imbuido sustained a laceration to his back and was treated. However, Martin refused further treatment and was discharged against doctors recommendations from the hospital Sunday.