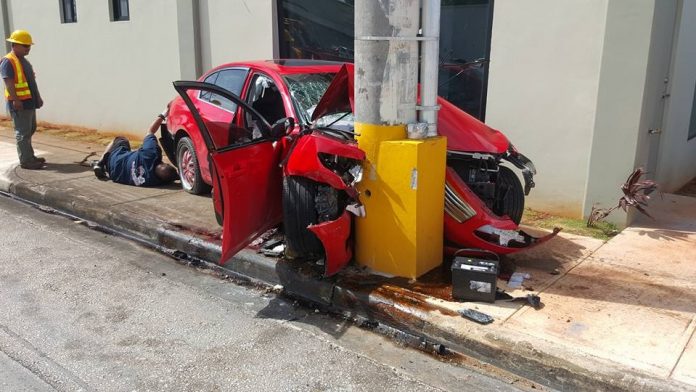 The car crashed into a utility pole this morning.

Guam – A car crashed into a utility pole this morning sending two people to the hospital.

According to GPD Spokesman Officer AJ Balajadia, the 911 call came in at around 9 am. Police officers from the Tumon/Tamuning Precinct responded to the scene by the entrance of Cost U Less in Tamuning. Traffic was limited to one lane for a few hours as officers assess the situation.

The two male occupants were sent to the Guam Memorial Hospital. GMH Spokesperson June Perez says the two patients arrived at the hospital at around 9:40 am. A 27-year-old male patient was transferred to the Guam Naval Hospital while the other 25-year-old male remains at GMH under observation.