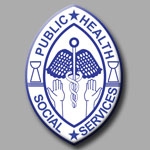 While there is no sign of MERS on island, public health says to be on the lookout for Whooping Cough, which continues to spread on Guam.

According to a press release, Public Health has confirmed two more cases of pertussis, bringing the total to 19 confirmed cases since the outbreak began in January. According to Public Health, Whooping Cough is especially dangerous for infants younger than 12-months old and people with weak immune systems. The recent lab confirmed cases of Whooping Cough claimed a 1-month old and a 51-year old.  Whooping cough is spread from person to person by coughing or sneezing. The cough can last for weeks, sometimes months. Public Health advises residents to vaccinate newborns every couple of months with the DTaP vaccine. Public Health says that pre-teens, teens and adults–including pregnant mothers in their third trimester should receive the TDaP vaccine. You can read the recommendations from Public Health online at pacificnewcenter.com or check our Facebook page.