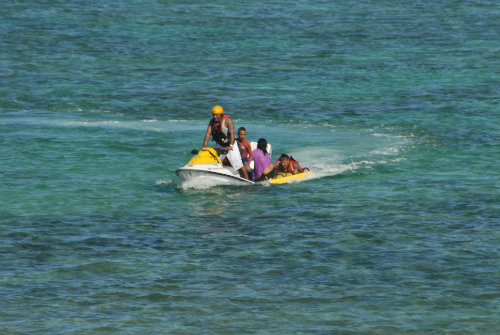 Guam – A adult woman and a 13-year-old boy were pulled from the Togcha Channel this afternoon by employees from Jeff’s Pirates Cover according to Guam Fire Department Acting Spokesman Lt Phil Camacho.

Restaurant Owner Jeff Pleadwell says the two were fishing with a group of four when they were pulled into the channel as the tide got higher.  Employees  Douglas Phillip and Wenner Head went to the periled pair on a jet ski as they were being carried out the channel.  According to Pleadwell the pair was clinging to their styrofoam cooler.

The followng images were provided to PNC courtesy of Pleadwell: 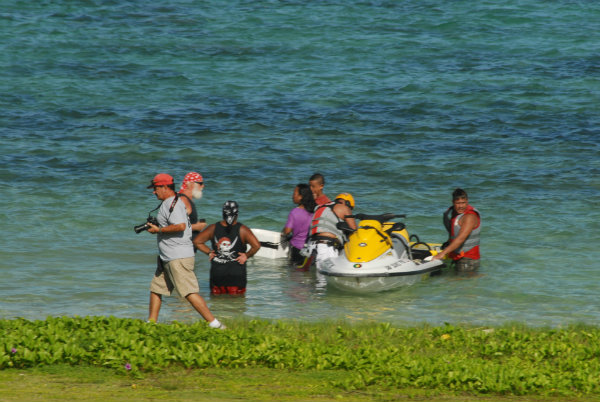