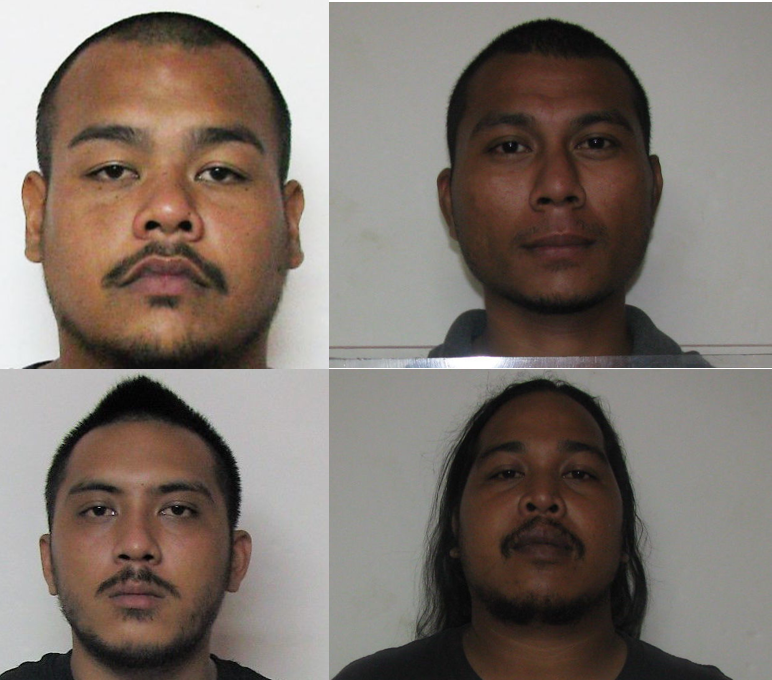 The four men allegedly involved in a string of robberies appeared in court today to answer to the charges against them.
Guam – The defendants are Chris Anderson Tedtaotao Jr., Sebastian Taman, Damian Becka and Jaxindo Kose. The four men are accused of robbing the Hills Market in Yigo and the Tamuning Plaza Hotel, and according to court documents some of the men also admitted to their involvement in several other robberies.

In court today, Tedtaotao and Becka both pleaded not guilty to the charges against them. Taman and Kose were unable to enter a plea as their attorneys withdrew as legal counsel citing conflict of interest.

The four men are charged with 1st degree robbery and theft of property, while Tedtaotao was additionally charged with aggravated assault.

A continued arraignment hearing is set for January 3.