Guam – 3 people were injured  in an early morning crash on Route 1 in Tamuning in front of Denny’s Restaurant.

GMH Nursing Supervisor Josie Zamora said 2 of the injured, both women, had been admitted.  She said both were in stable condition, as of Saturday afternoon. A third person, a man, was treated and released.

GPD Spokesman Officer A.J. Balajadia says one of the injured women was driving a 2002 Chevy Trailblazer north on Route 1 when she went over the median and into the  southbound lanes where she hit a 1989 Toyota Hilux being driven by a man who had a female passenger.

The female passenger was thrown from the Hilux which flipped on its side and pinned her underneath, says Balajadia. “Rescue personal were able to free the female who was trapped under the vehicle.”

Guam Highway Patrol is investigating the cause of this crash. 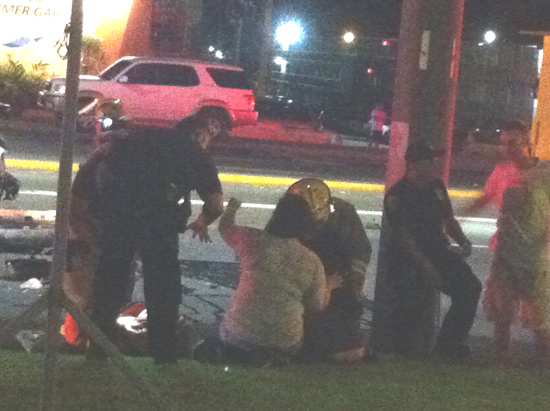